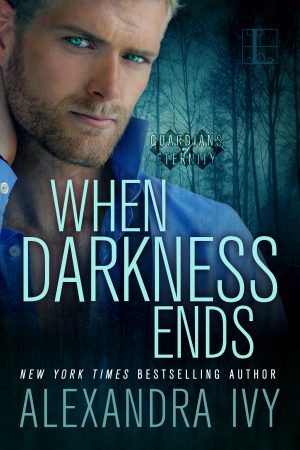 Book 12 in Guardians of Eternity

Cyn, the vampire clan chief of Ireland, is an unabashed hedonist whose beauty is surpassed only by his insatiable appetite for pleasure. It’s no wonder he’s furious when he’s transported from the magical land of the pureblooded feys to his desolate private lair—only to have his very existence thrown into a chaos that even he cannot charm his way out of…

Most women may be all but powerless against Cyn, but Fallon, a sharp-witted fairy princess, is less than beguiled by the silver-tongued vampire. She’s a serious soul with no time for the sort of games he plays—especially when they learn that someone is trying to close the veil that separates the dimensions. But seduction may prove the most powerful force of all, as attraction ignites between the unlikely pair even as worlds are colliding around them… 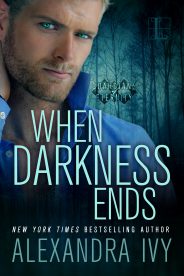 The man woke with a blinding headache, stripped of his clothing as well as his memories.

With a groan, he sat up, shoving his tangled hair out of his face.  It was immediately obvious he was in a damp cave.  A strange place to wake.  But not nearly as strange as the abrupt realization that something was terrifyingly wrong with him.

Despite the darkness he was able to see the limestone walls that had been chiseled by the water dripping from the low ceiling as clear as if it were day.  And it was not only his sight that was unbearably acute.

He could smell the distant salt of the sea.  And hear the faint scramble of a bug crossing the stone floor.  He could even detect the warmth of two creatures that were rapidly approaching the cave.

What madness was this?

No man should have the senses of a god.  Not unless he was a monster.

The dark thoughts barely had time to form before they were interrupted by a hunger that thundered through him.  He groaned.  It was as if he hadn’t eaten in weeks.  Months.  But it wasn’t the thought of food that made his stomach cramp, he realized with a flare of horror.

His mouth watered, the pain of his fangs ripping through his gums startling him as the image of the red, intoxicatingly rich substance filled his mind.

He had to feed.

Aye.  That was what he needed.

Disgusted with the knowledge he slowly rose to his feet, a virile strength running through his massive body even as his head remained thick with confusion.

His instincts urged him to leave the cave, to hunt down his prey and bury his fangs deep in their throats, but the tantalizing scent of fresh strawberries kept him frozen in place.

It appeared that his prey was willingly coming to him.

Like an animal, he warily shuffled to the deepest shadows.  From his vantage point, he silently watched the two slender creatures enter the cave.  His eyes widened at the sheer beauty of the strangers.  The male had hair the color of rust with bold green eyes set in a lean face, while the female possessed long tawny hair with eyes the shade of spring grass.

His fangs ached, his muscles tensing as he prepared to strike.

Angels or not, they were about to become dinner.

But before he could charge the male held up a slender hand, the scent of strawberries becoming overpowering.

“Hold, berserker,” he commanded, a tingle of magic in the air.

The confusion only deepened.  “Were?”

“Two nights ago you were attacked by a clan of vampires.”

He shook his head, his hand instinctively lifting to touch his neck.

The pretty female grimaced.  “Not as a human.  The local villagers left you in this cave to see if you would rise as a vampire.  Even now they are on their way to either see your corpse or slaughter you.”  She held out a slender hand.  “Come with us in peace and we will harbor you until you are able to care for yourself.”

He went to his knees in shock.

When Darkness Ends is available in the following formats: