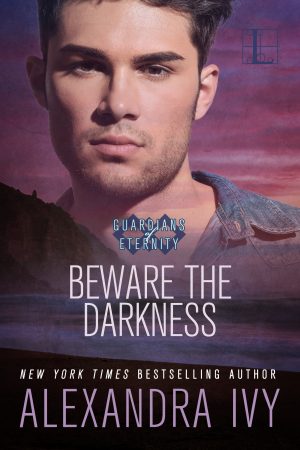 Book 14 in Guardians of Eternity

The enemy may have changed, but the battle between good and evil burns hotter than ever in this scintillating new installment in Alexandra Ivy’s Guardians of Eternity series.

There is only one thing more precious to vampire Tarak than his newfound freedom after five centuries of captivity, and that’s the promise of revenge. At last, he can destroy Riven, the merman who has drained his power in order to make himself king. But at the very moment when justice is a fang’s breadth away, Tarak’s quest is complicated by the beautiful mermaid princess who kept him sane and fed during his ordeal.

Waverly hoped that once Tarak escaped, he’d return to his own kind and enjoy the rest of his immortal life. She also hoped she might one day stop dreaming about the darkly handsome vampire. Instead, Tarak’s return draws Waverly into an unlikely alliance—and a passion that eclipses all her fantasies.

Hatred for Riven has sustained Tarak this long. But only Waverly’s love can give him the strength to claim eternity with her . . . 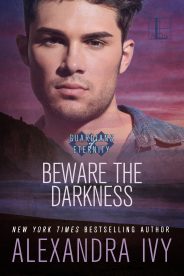 The massive castle sprawled along the remote cliffs of the Himalayan Range, offering a tangible symbol of the power that had been acquired by the King of Vampires. The thick stones and soaring turrets provided an impregnable fortress, as if the dozens of powerful vampires weren’t enough to frighten away any potential intruder. Plus, there were layers of fey magic that hid it from the eyes of humans.

The Anasso, however, hadn’t been satisfied. He’d insisted on digging a honeycomb of tunnels beneath the castle that led into the mountain, providing easy escape if they were ever attacked.

At the time, Tarak had applauded his master’s paranoia. Since gathering the vampires beneath his rule, the Anasso had been forced to defend himself against countless assassins. After all, not every vampire was happy to be forced out of the dark ages and into a unified species that worked together. For centuries, the clans had warred for dominance; it wasn’t easy to become allies.

Plus, the thought of a vampire nation was enough to scare the shit out of every other demon. Many of them were anxious to get rid of the Anasso in the hopes that the vampires would fracture and retreat to their barbaric habit of killing each other. Trolls, orcs, goblins, and several fey creatures had all tried to eliminate the Anasso.

It would make anyone jumpy.

Now, however, Tarak wished he’d paid more attention to his instincts, which had wondered if the Anasso’s retreat from his enemies was excessive. Or at least he should have listened to the warnings offered by Chiron.

Hadn’t the young male proven to be a devoted servant? His loyalty had been unwavering since Tarak had found him hidden in a cave.

Of course, his own loyalty had been equally unwavering.

Tarak had brought his clan to the Anasso because he fiercely believed in what the male was trying to accomplish. How could they survive in the ever-changing world if they didn’t organize into a cohesive force? Squabbling over petty insults or constant power grabs only weakened them.

He didn’t want to accept that the male he’d willingly chosen as his master was addicted to feeding on prey with opium and alcohol in their system. Every vampire knew that tainted blood would eventually drive them mad, right? The Anasso would never risk everything by indulging in such a dangerous habit.

So he’d ignored the pleas from Chiron. And even his own unease when his master had started to reveal hints of instability. Then Chiron had challenged Tarak to enter the deepest tunnels and see the truth for himself. He’d refused. He wasn’t going to betray the trust the Anasso had placed in him.

But tonight had changed everything.

Beware the Darkness is available in the following formats: