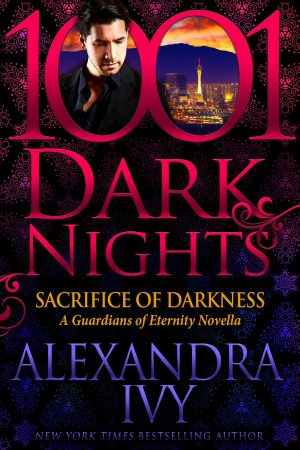 Book 15.6 in Guardians of Eternity

Javad has one rule. No fighting pits.

It doesn’t matter that the savage battles have been a tradition among demons for eons. As the manager of the Viper’s Nest in Vegas, his word is law. Period. Then he hears rumors that some fool has dared to create a fighting pit in the middle of the desert. He goes in search of the hidden location, only to realize too late it’s a trap by his former master Vynom. The powerful vampire is determined to force Javad to fight once again. This time to the death.

Terra is a rare fey creature known as a Seraf. Long ago she’d been captured by Vynom and forced to heal the fighters he used in his pits. Javad had rescued her, and she’d given him a medallion. If he ever needed her, all he had to do was to speak her name and the magic would lead her to him. When she hears his call she doesn’t hesitate to rush to his rescue. Even when it means returning to the dark violence that still haunts her dreams.

Can they escape the nightmare that nearly destroyed them in the past? And if they survive, are they willing to sacrifice the duties that have pulled them apart to battle for a future together? 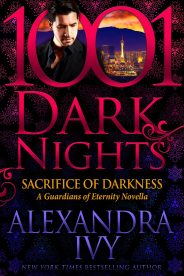 The underground stoas beneath the city of Athens were a beautiful tribute to the human architects and artists who created a hidden labyrinth of shops and villas and even temples to surprise visitors. The beauty, however, paled in comparison to the grandeur that had been created by demons in the subterranean tunnels burrowed deep in the ground.

The sprawling fight club was a built of rare marble with arched doorways that led to vast rooms filled with a wide variety of entertainment. Water sprites splashed among the sparkling fountains, and naked imps were sprawled on velvet pillows for any vampire who was in need of blood.

Even the actual fighting pit was built in the style of an elegant amphitheater with a cage in the center and the marble seats sweeping upward in the shape of a fan. It was all very civilized. Except for the air that pulsed with a thick, savage violence.

Leaving the pit–still covered in the blood of his latest opponent–Javad the Vanquisher strolled through the corridors with their fluted columns and heavy tapestries that traced his rise as a fighter. He couldn’t remember each and every battle that was embroidered on the heavy velvet, but he had a vivid memory of the first time his sire, Vynom, had placed him in a fighting pit. The orc he’d been about to battle had laughed at the sight of Javad in a simple lion-cloth, his dark hair pulled back and his hands empty. The creature assumed that Javad needed weapons to pose a danger. Javad had swiftly taught him the error of his ways.

The battle had ended when Javad had ripped the tusk out of the male’s mouth and used it to slice open his heart.

Sacrifice of Darkness is available in the following formats: