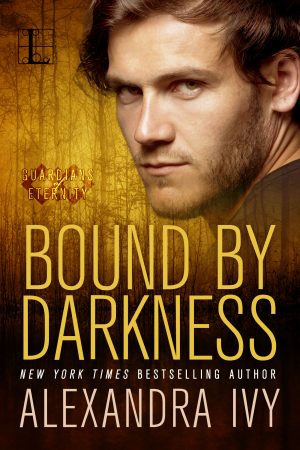 Book 8 in Guardians of Eternity

Desire is the deadliest weapon.

The Sylvermysts have a reputation as sinister cousins to the fey, and none are more mysterious than Ariyal and his tribe. To save his people from banishment, he faces a new challenge: Jaelyn, an elite vampire warrior sent to capture him. By rights, he should kill her on sight. Yet he cannot bring himself to hurt her—or to resist her…

Jaelyn is stunningly beautiful, utterly lethal—and always alone. Until Ariyal. From their first encounter, she knows that what’s between them is more dangerous than simple lust. And as they unite to thwart a terrifying prophecy that will mean the end of
his clan and of the world they know, she will risk everything to
fulfill her destiny by his side… 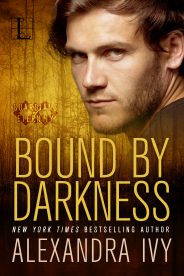 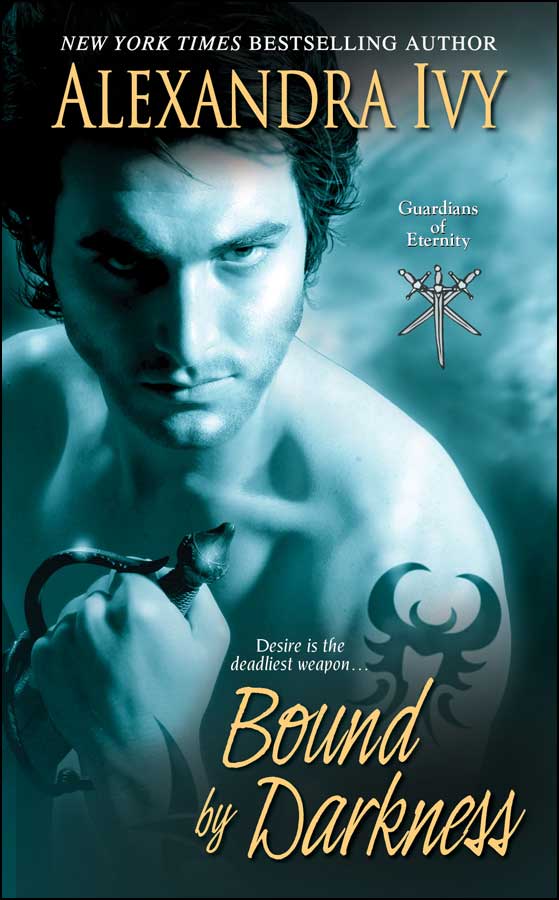 ‘Flesh of flesh, blood of blood, bound in darkness.

The alpha and omega shall be torn asunder and through the mist reunited.

Pathways that have been hidden will be found and the veil parted to the faithful.

The Gemini will rise and

chaos shall rule for all eternity.’

Santiago’s Club, located on the Mississippi River between Chicago and St. Louis

Mother Nature never intended for vamps and Weres to live in peace.  And she sure the hell never intended them to enjoy the sort of you’re-my-bestest-pal bromances that were the current flavor of the month among humans.  A damned good thing considering that just being in the same territory tended to send the two predatory species into a homicidal rage.

But the looming end of the world truly did make for strange bedfellows, and with the potential return of the Dark Lord from the hell dimension where he’d been banished centuries ago, both the Anasso of the vampires and the King of the werewolves had little option but to try and work together.

Well, the phrase ‘work together’ might be a generous description of their uneasy truce, Styx acknowledged, leaning his six foot five frame against the walnut desk in his fellow vampire, Santiago’s, office.  Dressed in his usual assortment of black leather pants, shit-kicker boots and silk shirt that stretched over his massive shoulders he looked exactly what he was; the badass leader of the vampire clans.  But it was grim power etched into the Aztec beauty of his face and the ruthless intelligence in his dark eyes that made wise demons shudder in fear.  Styx was more than an oversized bully.  He was cunning and patient and capable of compromise when necessary.

Which was the only reason he was standing in the same room with a damned dog.

The tiny turquoise ornaments threaded through his braid that hung nearly to the back of his knees tinkled as he gave a rueful shake of his head, his gaze keeping careful track of his companion.

As much as he hated to admit it, Salvatore fit the elegant office with its slate gray carpet and the museum-quality French Impressionist paintings that were hung on the paneled walls and carefully preserved behind glass cases certainly far better than he did.

The bastard always managed to look every inch the king with his dark hair slicked back in a tail and his muscular body clothed in a charcoal gray suit that no doubt cost more than the gross national income of several small countries.  Like Styx, however, there was no mistaking the brutal authority in Salvatore’s dark, Latin features and golden eyes.

He ruled a savage race that would quite literally rip apart and eat a weak king.  It gave a whole new meaning to ‘uneasy is the head that wears the crown’.

Bound By Darkness is available in the following formats: