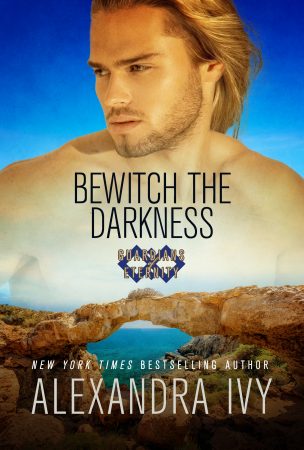 Book 18 in Guardians of Eternity

The vampires and werewolves chosen to be the Guardians of Eternity believe they’ve conquered their latest threat. But as one of them will learn in this mesmerizing installment from New York Times bestselling author Alexandra Ivy, old lovers make the most ruthless new enemies…

Only one drastic mission can tempt Kyi away from the peaceful woodland where the dryads raised her: killing her mother. Xuria’s beauty masks a bone-deep evil that has enslaved fey for centuries with the help of a powerful stone. A hundred years ago, Kyi almost succeeded—until one meddlesome vampire destroyed her chance. With rumors that Xuria has emerged from her secret realm, Kyi’s determined to try again—despite the vampire who is now focused on destroying her.

Locke has been waiting over a century to avenge what he believes was Xuria’s death. Discovering the sorceress’s raven-haired fey daughter was the assassin is a surprise—until her story of Xuria’s treachery begins to ring true. Working with Kyi is one solution—and the relentless heat simmering between them is a hint that they may be fated as mates. But even a destined love will have to wait as they now struggle to defeat Kyi’s twin sister, who has a chilling plan of her own… 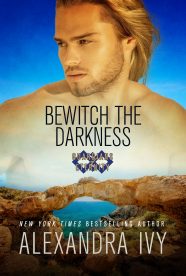 Locke didn’t encourage visitors. Just the opposite. He’d gone to a lot of trouble to promote his reputation as a churlish hermit who regularly feasted on the hearts of intruders.

And if his surly temperament wasn’t enough to drive away unwanted guests, he’d chosen to settle in the remote mountains of Iceland. The landscape was stunningly beautiful, but it was a combination of jagged glaciers with sheer cliffs that plummeted to the distant bay below. Up here there were no prying human eyes and best of all, the pesky sun barely bothered to make an appearance during the long winter nights.

Impervious to the brutal chill of the early December air, Locke poured himself a glass of the aged cognac that he imported from France and stepped onto a narrow ledge to savor the star-spattered sky that spread above him. It didn’t matter how many nights he spent admiring the view, it always amazed him.

Taking a sip, Locke barely noticed when the ground shook beneath his feet. It was a common occurrence. You couldn’t reside above a boiling pit of molten lava and not have a few tremors.

It wasn’t until the thunderous power sent the nearby ice sprites dashing for the protection of their nests that Locke reluctantly turned to view the massive male who was stepping out of a portal.

Styx the current Anasso, the official name for the King of Vampires, was an impressive sight. In his human life he’d been a proud Aztec who stood at six-foot-five with skin kissed by the sun and angular features. His glossy black hair was pulled into a braid that hung past his waist and he was wearing black leather pants, thigh high boots, and a black silk shirt.

It was his sheer presence, however, that made the earth shake and the local wildlife flee in terror. Oh, and the big-ass sword strapped across his back.

Easily loping down the jagged rocks, he halted directly in front of Locke.

Locke arched a brow. “You again?”

Styx smiled. Until a few years ago, the males had been fellow Ravens, the personal guards to the previous Anasso. But after that Anasso had gone batshit crazy, forcing Styx to kill him and taken the throne, Locke had retreated to this remote lair. It offered him the privacy he craved, as well as allowing him to concentrate on the one reason he still existed.

“I was thinking more like a pain in the ass.”

“That too,” Styx agreed.

Locke instinctively reached up to touch the star shaped burn on the side of his neck. It was the only blemish that marred his traditional vampire beauty. Or at least that’s what he was told by his various lovers. He had no reflection, so he had only their descriptions that his eyes were a pale blue and rimmed with gold. And that his strong Viking features were perfectly carved. He did know that he kept his dark blond hair chopped to brush his broad shoulders and that his hard body was currently protected from the elements with a leather jacket, jeans and heavy black boots.

“What do you want?” he demanded in his usual blunt manner.

Good manners were for creatures who cared about what others thought about them. He didn’t give a shit.

“I thought I’d let you know that Ian is dead.”

Ian had been a Raven as well. Only his devotion to the previous king had gone beyond loyalty, to blind devotion. The obsessive male had been unable to accept the death of his beloved Anasso and had been plotting his revenge.

“I’ve heard that one before,” he said in dry tones. There’d been rumors of Ian’s death months ago.

“This time there’s no doubt. I personally chopped off his head,” Styx assured him.

“Did you come here for a pat on the back?”

Styx leaned forward. “Do you want to?”

Bewitch the Darkness is available in the following formats: