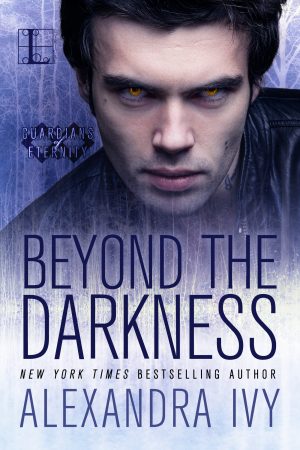 Book 6 in Guardians of Eternity

Salvatore Giuliani is not a happy werewolf. It’s his duty as leader to track down the pureblood females who can keep his people from extinction. But the moment he catches scent of Harley, a pureblood held by a pack of mangy curs, his savage need for her obliterates all other instincts. And the only thing worse than being captured is finding that beautiful, independent Harley defiantly refuses to become his mate.

Harley has been taught to distrust all Weres, especially their arrogant king. She won’t be used for breeding or bonded against her will, not even to a man who makes every nerve tingle with awareness. Yet Salvatore is her key to saving the family she never knew she had—if she dares to succumb to his dark, predatory desire, and face a vicious enemy sworn to destroy them both… 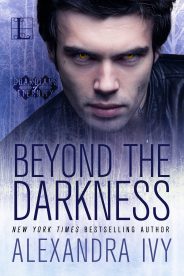 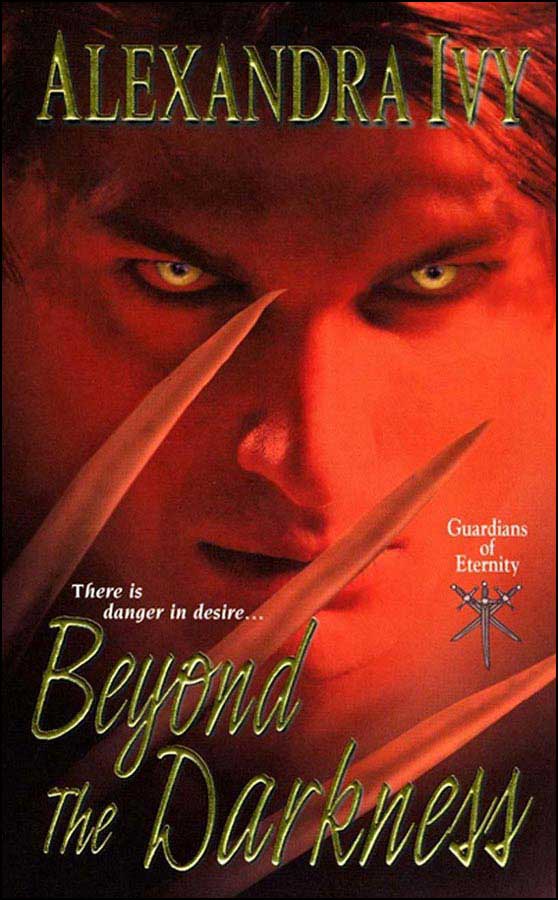 It wasn’t his finest day, Salvatore Giuliani, the mighty King of Weres, had to admit.

As a matter of fact, it was swerving toward downright shitty.

It was bad enough to regain consciousness to discover he was stretched out in a dark, nasty tunnel that was currently ruining his Gucci suit, and that he had no clear memory of how he had gotten there.

But to open his eyes and use the perfect night-vision of his werewolf heritage to discover a three foot gargoyle with stunted horns, ugly gray features, and delicate wings in shades of blue and gold and crimson hovering over him was enough to ruin a perfectly horrible mood.

“Wake up,” Levet hissed, his French accent pronounced and his wings fluttering in fear.  “Wake up, you mangy dog or I’ll have you spaded.”

“Call me a dog again and be assured you’ll soon be chopped into bits of gravel and paving my driveway,” Salvatore growled, his head throbbing in time to his heartbeat.

What the hell had happened?

The last thing he remembered he’d been in a remote cabin north of St. Louis to meet with Duncan, a cur who’d promised information regarding his traitor of a pack leader, and the next he was waking up with Levet buzzing over him like an oversized, extremely ugly butterfly.

God almighty.  When Salvatore got out of the tunnel, he was going to track down Jagr and cut out his heart for sticking him with the annoying Levet.  Damned vampire.

“You will not be doing anything unless you get up and move,” the gargoyle warned.  “Shake your tail, King of Slugs.”

Ignoring the grinding pain in his joints, Salvatore rose to his feet and smoothed back his shoulder length raven hair.  He didn’t bother knocking the dirt from his silk suit.  It was going in the nearest fire.

“In some nasty tunnel.”

“A brilliant deduction.  What would I do without you?”

“Look, Cujo, all I know is that one minute we were in a cabin with an extremely dead Duncan and the next I was being dropped on my head by a gorgeous, but tres ill-mannered woman.”  Bizarrely the gargoyle rubbed his butt rather than his head.  Of course, his skull was far too thick to harm.  “That female is fortunate that I did not turn her into a beaver.”

“It had to have been a spell.  Was the woman a witch?”

Salvatore shrugged.  It was common among the demon world to interbreed.

Salvatore frowned.  He might want to choke the gargoyle, but the tiny demon possessed the ability to sense magic that Salvatore couldn’t.

A chill inched down Salvatore’s spine and he cast a swift glance up and down the tunnel.  In the distance he could sense the approach of his curs and a vampire.  The cavalry rushing to the rescue.  His attention, however, was focused on searching for any hint of the jinn.

A full-bred jinn was a cruel, unpredictable creature who could manipulate nature.  They could call lightning, turn wind into a lethal force, and lay flat an entire city with an earthquake.  They could also disappear into a wisp of smoke.  Thankfully, they rarely took an interest in the world and preferred to remain isolated.

He shuddered.  They might not possess the power of a full-fledged jinn, but their inability to control their volatile energy made them even more dangerous.

Beyond the Darkness is available in the following formats: