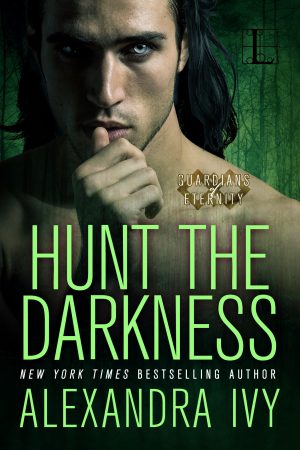 Book 11 in Guardians of Eternity

The vampire Roke is raw, sensual, always in control. Yet somehow he’s allowed the unthinkable to happen: a nymph-like witch named Sally has used her magic to trick Roke into mating with her. The pair will remain bound for eternity unless Sally breaks the spell. The trouble is, she has no idea how…

Mating with Roke was an accident; at least that’s what Sally keeps telling herself. She’s on the hunt for her demon father, whose identity holds the key to releasing the spell. The search won’t be easy with Roke shadowing Sally’s every move. As they mate with a ferocity that leaves them both aching for more, Sally isn’t sure if her world is more dangerous without Roke—or with him… 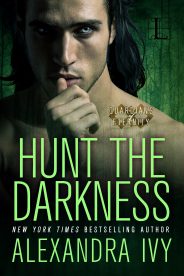 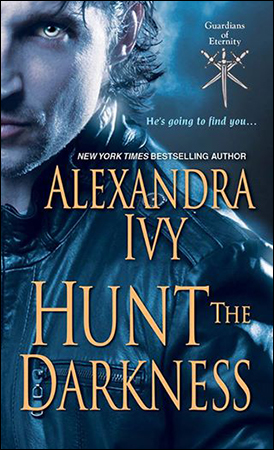 Styx was fairly certain that hell had frozen over.

Nothing else could explain the fact that in the past year he’d become the Anasso (King of all Vampires), moved from his dank caves into a behemoth of a mansion that contained acres of marble, crystal and gilt—gilt for christ’s sake—and mated with a pureblooded Were who also happened to be a vegetarian.

Then, as if fate hadn’t had enough laughs at his expense, he’d been in an epic battle against the Dark Lord which meant he’d been forced to make allies out of former enemies.

Including the King of Weres, Salvatore, who was currently drinking Styx’s finest brandy as he smoothed a hand down his impeccable Gucci suit.

Of course, if it wasn’t for the fact that their mates happened to be sisters, he would never have allowed the bastard over his doorstep, he pacified his battered pride.  His own mate, Darcy, was very…insistent that she be allowed to spend time with Harley who was growing heavy with her first pregnancy.

Or was it litter?

Either way, Styx and Salvatore were forced to play nice.

Not an easy task for two uber-alphas who’d been opponents for centuries.

Settling his six foot plus frame in a chair that had a view of the moon-drenched gardens, Styx waited for his companion to finish his drink.

As always, Salvatore looked more like a sophisticated mob boss than the King of Weres.  His dark hair was pulled to a tail at his nape and his elegant features cleanly shaved.  Only the feral heat that glowed in the dark eyes revealed the truth of the beast that lived inside him.

Styx on the other hand, didn’t even try to appear civilized.

A six foot five Aztec warrior, he was wearing a pair of leather pants, heavy shit-kickers, and a white silk shirt that was stretched to the limit to cover his broad chest.  His long black hair was braided to hang down to his waist and threaded with tiny turquois amulets.  And to complete the image, he had a huge sword strapped to his back.

What was the point in being a badass if you couldn’t look like one?

Setting aside his empty glass, Salvatore flashed a dazzling white smile.  A sure sign he was about to be annoying.

“Let me see if I have this right,” the wolf drawled.

Styx narrowed his dark eyes, his features that were too stark for true beauty tight with warning.

“Oh, yes.”  The smile widened.  “You asked the clan chief of Nevada to babysit a witch you had locked in your dungeons?”

Styx silently swore to have a chat with his mate once their guests were gone.

He hadn’t intended Salvatore to know that one of his most powerful vampires had been magically forced into a mating.

Hell, he’d had a hard enough time divulging the info with Jagr, his most trusted Raven.  It was only because he needed the vampire to do research that he’d revealed the secret.

A mating was the rarest, most sacred, most intimate connection a demon could experience.

To think for a second that it could be inflicted on a vampire against his will was nothing less than…rape.

You didn’t reveal that kind of weakness to your enemies.  Even if you did have a peace treaty.

Darcy, however, was a genuine optimist who blithely assumed that Salvatore would never abuse privileged information.

Now Styx was stuck revealing the truth to the mangy mutt.

“Sally Grace was not only a powerful witch who was capable of black magic, but she worshipped the Dark Lord,” he grudgingly explained, not about to admit that it had been more habit than fear that had led him to lock the female in his dungeons.  Sally Grace was barely over five foot and weighed less than a hundred pounds.  She hadn’t looked like a threat.  And she probably wouldn’t have been if she hadn’t been so scared.  “Of course I wasn’t going to take any chances.”

Styx shrugged.  “I was busy trying to deal with the ancient spirit that was trying to turn vampires into crazed killers.”

“And the prophet had warned that Roke would be important to the future,” he muttered.  He’d truly thought keeping Roke in his lair would protect him.  Ah, the best laid plans of mice and vampires.  “How the hell was I supposed to know Sally Grace was half-demon?”

Salvatore grimaced.  “It must have been quite a shock to poor Roke to discover himself mated to witch.”

Styx’s humorless laugh echoed through the library at the memory of Roke’s fury.

“She’s lucky he didn’t kill her on the spot.”

Frustration simmered deep inside Styx.  Roke might be an arrogant pain-in-the-ass, but he was a brother.  And more importantly, he was a clan chief who had a duty to his people.  They had to find a way to break the mating.

And how to make damned sure it never happened again.

Hunt the Darkness is available in the following formats: