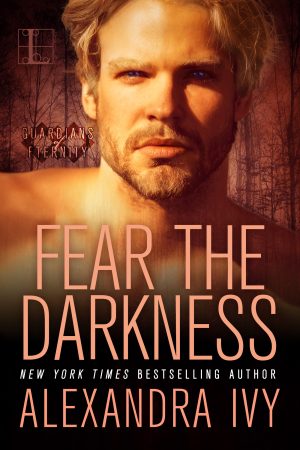 Book 9 in Guardians of Eternity

Her visions lead her to danger

Beautiful Cassandra is a Were, a prophet both vulnerable and defiant, blessed with visions that portend the fate of the world. A rare and delicate creature, Cassie must be protected at all costs.

Enter Caine, a powerful cur turned pureblooded Were whose recent tangles with a demon lord have left him in serious need of redemption. Caine is duty-bound to keep Cassie out of danger—and that means resisting his potent urge to seduce her…

And only he can save her

As Cassie’s mysterious visions lead them in and out of danger, Caine believes he has found his true mate, the woman with whom he is bound for all eternity. Cassie is both charmed and frightened by Caine’s magnetism, and unsure if he–or her feelings for him–can be trusted. But Cassie can’t afford to doubt Cain now. A deadly enemy bent on destruction is closer than they realize—and only they can keep chaos from ruling
the world… 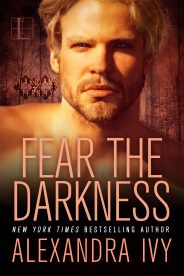 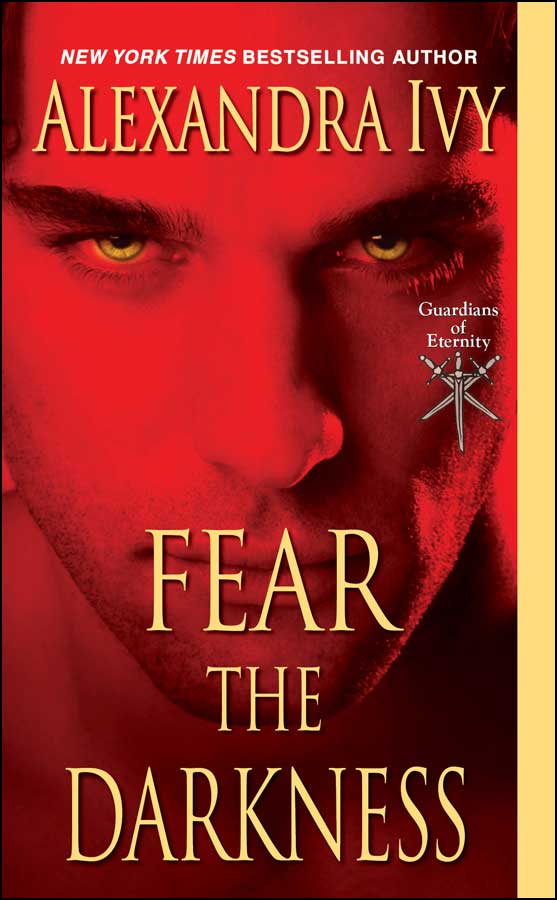 The abandoned silver mine in the Mojave Desert wasn’t the first place one would expect to encounter Styx, the current Anasso.

Not only was he the King of all Vampires, but at six foot five of pure muscle with the stark beauty of his Aztec ancestors he was the one of the most powerful demons in the world.

He could command the most luxurious lair in the area with a dozen servants eager to do his bidding.

But he wanted his trip to Nevada to be as discreet as it was brief, so ignoring the protests of his companion, he’d chosen to spend the day waiting for his meeting with the local clan chief in the forgotten caves.

And, if he were honest with himself, it was a relief not to be stuck with the formal ceremony his position demanded.  He was a fierce predator, not a damned politician, and the need to play nice gave him a rash.

Besides it was always a pleasure to yank Viper’s chain.

Styx made a brief survey of the empty desert that surrounded them, absently knocking the dust from his leather pants that were tucked into a pair of heavy boots.  A black T-shirt was stretched over his massive chest with a tiny amulet threaded on a leather strip wrapped around his thick neck.  That was his only jewelry besides the polished turquoise stones that were threaded through the dark, braided hair that hung to the back of his knees.

His dark eyes glowed with a golden light of power in the thickening dusk as he at last turned toward his companion, barely hiding his smile.

Unlike him, Viper, the clan chief of Chicago, had no love for ‘roughing it’.

Dressed in a black velvet coat that reached his knees with a frilled white satin shirt and black slacks, he looked like he was on his way to the nearest ballroom.  An impression only emphasized by his long hair the pale silver of moonlight that was left free to flow down his back and his eyes the startling darkness of midnight.

Viper was an exquisite fallen angel who was no less lethal.

With a pointed glance toward the Las Vegas skyline that glowed like a distant jewel, Viper met Styx’s gaze with a sour grimace.

“The next time you want me to join you on a road trip, Styx, feel free to lose my number.”

Styx arched a dark brow.  “I thought everyone loved Vegas?”

“Which was why I agreed to this little excursion.”  Viper tugged at his lace cuffs, managing to look immaculate despite his hours in the dusty cavern.  “You failed to mention I was going to be staying in a damned mine instead of the penthouse suite at the Bellagio.”

“Worse?”  Viper pointed a slender finger toward the rotting boards that did a half-ass job of covering the entrance to the tunnel.  “It was filthy, it smelled of bat shit, and the temperature was a few degrees less than the surface of the sun.  I’ve visited hell dimensions that I enjoyed more than that godforsaken inferno.”

Styx snorted.  The two vampires had been friends for centuries, a remarkable feat considering they were both alphas.  But over the past months their bonds had grown even closer as they’d been forced to confront the increasingly dangerous world.

The Dark Lord (or Dark Prince or Master or a hundred other names he’d been called over the centuries) had been effectively banished from this dimension long ago and kept in his prison by the Phoenix, a powerful spirit who was being protected by the vampires.  But he refused to take his imprisonment gracefully.

Over the past months he’d become increasingly relentless in his pursuit of smashing through the veils that separated the worlds, not only allowing his return, but giving a free pass to every creature that inhabited the numerous hells.

Only a few days ago the bastard had nearly succeeded.

Fear The Darkness is available in the following formats: