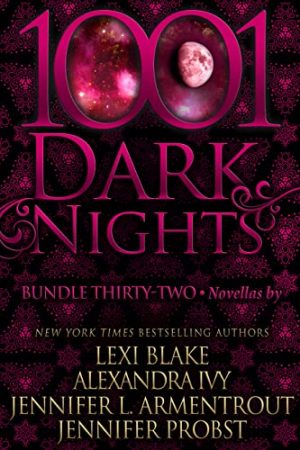 Book 17.6 in Guardians of Eternity

JT Malone is lucky, and he knows it. He is the heir to a billion-dollar petroleum empire, and he has a loving family. Between his good looks and his charm, he can have almost any woman he wants. So why does it all feel so empty?
Nina Blunt is pretty sure she’s cursed. She worked her way up through the ranks at Interpol, fighting for every step with hard work and discipline. Then she lost it all because she loved the wrong person. Rebuilding her career with McKay-Taggart, she can’t help but feel lonely.
When JT comes to McKay-Taggart for assistance rooting out a corporate spy, Nina signs on to the job. But their working relationship becomes tricky as their personal chemistry flares like a wildfire.

Sacrifice of Darkness by Alexandra Ivy

As the manager of the Viper’s Nest in Vegas, Javad has one rule. No fighting pits. Period. When he hears rumors that some fool has dared to create a fighting pit in the middle of the desert, he goes in search of the hidden location. He realizes too late it’s a trap by his former master Vynom.
Terra had been captured by Vynom long ago and forced to heal the fighters he used in his pits. Javad had rescued her, and she’d given him a medallion. If he ever needed her, all he had to do was to speak her name and the magic would lead her to him. When she hears his call she doesn’t hesitate to rush to his rescue. Even when it means returning to the dark violence that still haunts her dreams.

The Queen by Jennifer L. Armentrout

The King must have his Queen….
Bestowed the forbidden Summer’s Kiss by the King of the Summer fae, Brighton Jussier is no longer just human. What she is, what she will become, no one knows for sure, but that isn’t her biggest concern at the moment. Now Caden, the King, refuses to let her go, even at the cost of his Court. When the doorway to the Otherworld is breached, both Brighton and Caden must do the unthinkable—not just to survive themselves, but also to save mankind from the evil that threatens the world.

As the daughter of the Governor, Chloe Lake is consistently in the spotlight. Both her career and personal life have exploded. Fortunately, her work as an advocate for animal welfare requires constant publicity and funding, so she embraces her role and plays for the camera.
Owen Salt fell hard for Chloe when he was a screwed-up kid in college and spent the next years changing himself. When work brings him back to fight for justice by her side, he swears he can handle it. But he’s never really gotten over his first love—and he wants one more opportunity to prove he’s a man who’s worthy. 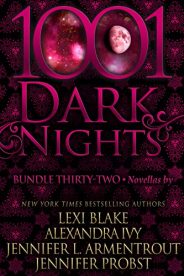 It was more luck than planning that brought Jayla to Moscow during the invasion of the Mongolian Golden Horde. The chaos of the ruthless siege meant she could move through the battered city unnoticed.

There was nothing like plundering, pillaging, and massive carnage to provide a distraction.

Blending with the shadows, Jayla avoided the wooden houses and thatched roofs being torched by the invaders. Not only because vampires and fire didn’t mix, but she couldn’t risk being seen by hidden watchers.

The ultimate rule of an assassin was to be invisible. And that’s what she was.

Jayla slowed as she caught an unmistakable chill beneath her feet. The thick layer of ice and snow that coated the cobblestone street wasn’t the cause. It was a subtle warning that crawled beneath the ground and spread throughout the neighborhood. Any demon in the area would know a vampire’s lair was nearby. And if they had a brain, they would turn around and scurry away.

Following the chill toward a house on the edge of the city, she eyed the structure with a lift of her brows. It looked more like a fortress than a home with thick stone walls, narrow, heavily shuttered windows, and a steeply angled roof currently coated in snow. A human had no doubt built it to protect those inside from the cold, as well as from any invaders, but it was a perfect lair for a vampire. No sunlight, no chance of fire, and few access points.

Jayla did a quick circle around the building, searching for any hidden traps. The second rule of being an assassin was: Don’t get caught.

Once satisfied, Jayla chose a narrow door at the back to enter. She waited for a pair of human soldiers to scurry past before wading through the snow to the door. If they had glanced in her direction, they wouldn’t have noticed more than a small figure wrapped in a heavy woolen robe with the hood pulled over her head. Just another beggar. But the third rule of being an assassin: Leave no witnesses.

Once they were gone, Jayla tossed off the robe. Now that she was at her destination, she didn’t need a disguise. She needed speed. The thick material of the robe hampered her movements.

Pushing open the door, she stepped into the cramped vestibule. It was a small, dark space with a low, open-beamed roof and stone floor. There was a fireplace, but it was empty, leaving a frigid bite in the air. Jayla didn’t mind. It would take her hours to wash the stench of the burning city from her skin.

Scanning the darkness, Jayla wasn’t surprised to discover a vampire standing guard in front of the opening leading deeper into the house. Azrael was rumored to be the most lethal mercenary among all vampires. He wouldn’t make it easy for her to sneak up on him.

Thankfully, her arrival caught the male by surprise. And, as usual, the sight of her lulled her opponent into a false sense of complacency. When they looked at her, they saw a female who was as small and delicate as a dew fairy. Her raven-black hair was twisted into elaborate knots and held in place with jade ornaments. Her dark green eyes and the lush temptation of her ruby lips dominated her golden, oval face. A short silk tunic that revealed her slender legs and a jade pendant hanging around her slender throat completed her fragile appearance.

The male blinked, peering through his shaggy brown hair that hadn’t been combed in the past few decades. Probably the same time he’d last bothered to take a bath. Whatever his talents, they didn’t include personal hygiene.

“Who are you?” he growled, prowling forward.

“A gift.” She offered a disarming smile. “For Azrael.”

The male narrowed his muddy brown eyes. “From who?”

Jayla hesitated. Should she lie? No. It was always better to stay as close to the truth as possible. Less opportunity to get tripped up later.

The male stiffened. The King of Vampires instilled equal parts respect and fear among his people. “Why would he send a gift?”

“The Anasso has been impressed by the rumors of such an impressive fighter. He sent me to express his admiration.”

Warily, the guard inched forward. “How do I know you’re not a Trojan horse?”

Jayla frowned. What was he…? Ah. She belatedly recalled the tactical ploy by the Greek humans to conquer the city of Troy.

Her lips twitched. The male might smell as if he’d climbed out of a dunghill, but he was smarter than he looked—a reminder not to underestimate her opponent.

She spread her arms, her lips pursed into a pout. “Do I look like a horse?”

Lust smoldered in the guard’s eyes as he halted in front of her, but he remained suspicious. “Strip,” he commanded.

1001 Dark Nights: Bundle Thirty-Two is available in the following formats: