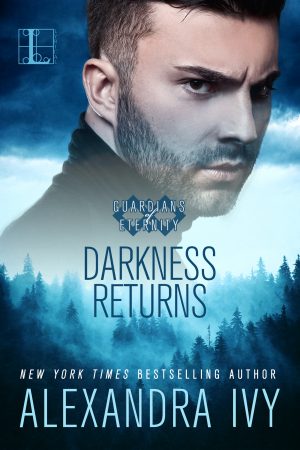 Book 13 in Guardians of Eternity

More powerful than ever, the Guardians of Eternity are facing their greatest challenge yet: a war within their ranks. Their future is in the hands of one rebel vampire, who must choose between loyalty and love. . .

Blessed with an even more compelling allure than most vampires, Chiron has made a fortune in the human world, creating an empire of resorts and casinos. Since the betrayal and imprisonment of his master, he has existed outside the order of the Guardians, trusting no one. But now, the new vampire king has given him a peace offering: a scroll that could free his master. Following the relic’s magic leads him to a demon hotel deep in the Everglades, a lush paradise owned by a mysterious and mesmerizing woman. . .

As far as Lilah knows, she’s lived her entire life within the confines of her enchanted estate. Memories of her own past are elusive and cloaked in shadows. Even Chiron can’t figure out exactly what she is, and if her intoxicating beauty is his destiny or an illusion drawing him ever closer to his demise—or perhaps to an even more tormenting choice, between his master and his mate. . . 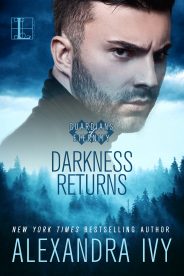 The sweeping mansion on the edge of Chicago was the perfect setting for an old-time movie star. Built behind a high fence and surrounded by a manicured lawn with a profusion of gardens, it possessed a faded, ageless beauty. Inside it had an abundance of marble, fluted columns and gilt that encroached into every nook and cranny. Including the toilets.

But there was no aging human drifting through the thirty-odd rooms. Instead the place was filled with demons. Vampires, a pureblooded Were, fairies, and a few imps. Oh, and the Anasso, the King of the Vampires.

The current Anasso, Styx, was a six foot six male with the stark Aztec features of his ancestors. His dark hair was pulled into a braid that was threaded with turquoise medallions and hung down his back. His massive frame was covered in leather. And he rammed through the house like a bull in a china cabinet.

Not that anyone was stupid enough to laugh when he busted a fragile knickknack. Or when one of the antique chairs collapsed beneath his weight.

Everyone knew he’d chosen the elegant estate at the urging of his mate, Darcy. He would move heaven and earth to please his female. Plus, there was the healthy fear that he would happily lop off the head of anyone who insulted him with his bad-ass sword that was usually strapped across his back.

Currently, Styx was in his private study, a room he’d managed to strip of most of the frou-frou nonsense, although there was no getting rid of the gilt. It infected the place like a plague. At least it had nice, sturdy furniture, along with shelves filled with rare books, manuscripts, and scrolls.

He was standing behind his desk when the door was pushed open and male vampire strolled in.

Unlike Styx, Viper’s long hair was the silver of moonlight and he preferred satin to leather. In fact, he dressed like a regency dandy with a frilly white shirt and long velvet coat. Still, anyone foolish enough to think he was anything less than lethal rarely lived long enough to regret their mistake.

“You rang?” the male drawled as he strolled toward the center of the study.

Darkness Returns is available in the following formats: