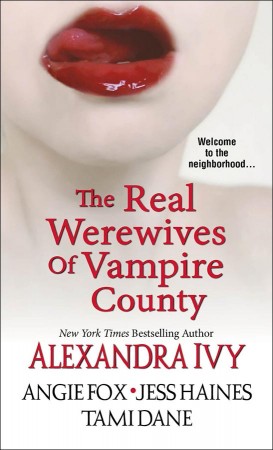 The Real Werewives of Vampire County

Book 10.5 in Guardians of Eternity

Drama. Scandal. Secrets. And a whole lot of supernatural goings-on.

Where Darkness Lives by Alexandra Ivy

No one’s more surprised than Sophia when she’s struck by an unfamiliar maternal urge to move near her daughters. But instead of being greeted by a welcome committee, she’s targeted by kidnappers. . .and saddled with a gorgeous bodyguard on a mission to protect–and seduce. . .

When a werewolf trophy wife is found dead in Vampire County, Heather McPhee goes undercover to investigate. Heather’s never been a mascara-and-manicures sort of girl, but she’s willing to learn. Especially with sexy vampire detective Lucien Mead posing as her husband. . .

What’s Yours Is Mine by Jess Haines

Still Waters is like many other exclusive gated communities–except that it’s home to one of the largest werewolf packs in the state. But Tiffany Winters isn’t frightened of her big, bad new neighbors. In fact, she intends to take her place among the pack. . .

Ever since Christine Price moved in with her fiancé, Jonathan, and his twelve year-old son, she’s worked hard to fit in with a cadre of local women whose lives seem picture-perfect. Except no one in Jon’s upscale neighborhood is quite who they appear to be. Least of all Jon. . . 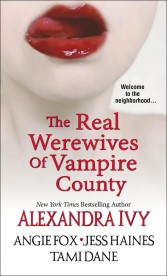 The Real Werewives of Vampire County is available in the following formats:

The Real Werewives of Vampire County