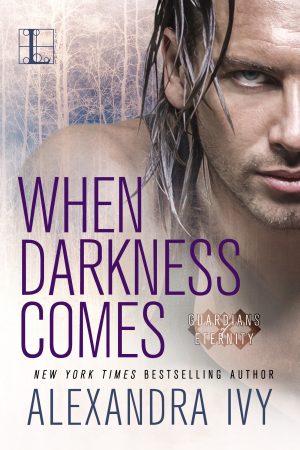 Book 1 in Guardians of Eternity

It’s been a hell of a day for Abby Barlow. In just a few hours, she’s survived an explosion, watched her employer die, had a startling dream, and now she finds herself in a seedy Chicago hotel with the sexy, unearthly Dante, a man she both desires and fears.

For 341 years, Dante has stood as guardian to The Chalice, a mortal woman chosen to hold back the darkness. A terrible twist of fate has now made Abby that woman. Three hours ago, Dante would have used all his charms to seduce her. Now she is his to protect. And he will do so until his very death.

A terrifying plan has been set in motion, one that will plunge Dante and Abby into an epic battle between good and evil—and a desperate race to save their love… 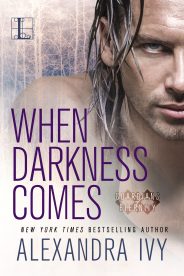 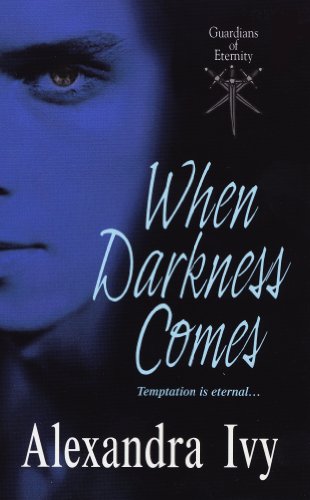 Sucking in a deep breath Abby Barlow pressed her hands to her heaving stomach and studied the shards of pottery that lay splintered across the floor.

Okay, so she broke a vase.  Well, perhaps more than broke it.  It was more like she shattered, decimated, and annihilated the vase, she grudgingly conceded.  Big deal.  It was not the end of the world.

She abruptly grimaced.  No, a vase was not just a vase.  Not when it was a very rare vase.  A priceless vase.  One that should no doubt have been in a museum.  One that was the dream of any collector and…

She had destroyed a priceless Ming vase.

What if she lost her job? Granted it wasn’t much of a job.  Hell, she felt as if she were stepping into the Twilight Zone each time she entered the elegant mansion on the outskirts of Chicago.  But her position as companion to Selena LaSalle was hardly demanding.  And the pay was considerably better than slinging hash in some sleazy dive.

The last thing she needed was to be back in the long lines at the Unemployment Office.

Or worse…dear god, what if she were expected to pay for the blasted vase?

Even if there were such a thing as a half price sale at the local Ming outlet shop she would have to work ten lifetimes to make such a sum.  Always supposing that it was not one of a kind.

Panic was no longer merely rearing.  It was thundering through her at full throttle.

There was only one thing to be done, she realized.  The mature, responsible, adult thing to do.

Covertly glancing about the vast foyer Abby ensured that she was alone before lowering herself to her knees and gathering the numerous shards that littered the smooth marble.

It was not as if anyone would notice the vase was missing, she tried to reassure herself.  Selena had always been a recluse, but in the past two weeks she had all but disappeared.  If it weren’t for her occasional cameo appearances to demand that Abby prepare that disgusting herb concoction she guzzled with seeming pleasure Abby might have thought that the woman had done a flit.

All Abby needed to do was ensure that she didn’t leave any trace of her crime and surely all would be well.

No one would ever know.

“My, my, I never thought to see you on your hands and knees, lover.  A most intriguing position that leads to all sorts of delicious possibilities,” a mocking voice drawled from the entrance to the drawing room.

Abby closed her eyes and heaved in a deep breath.  She was cursed.  That had to be it.  What else could possibly explain her unending run of bad luck?

When Darkness Comes is available in the following formats: