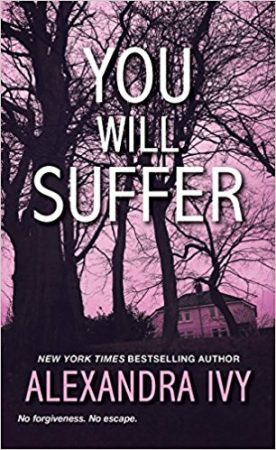 Book 3 in The Agency

EVERY SMALL TOWN HAS A SECRET
The rolling fields outside Curry, Oklahoma, are a beautiful spot to ramble on an early spring day . . . and a lonely place to die. Among the prairie grass and wildflowers, a killer kneels beside a curled-up figure, plunging a syringe beneath skin to deliver the fatal dose. And as the victim’s last breath mingles with the air, it sends a warning out to the world: This is just the beginning.

AND THIS ONE
Rejecting her judge father’s prestigious connections, Ellie Guthrie opened her own law firm in Curry. But something strange is going on. Ellie’s tires are slashed. Dead rats are dumped on her patio. Her neighbor, former FBI agent Nate Marcel, insists on watching out for her. And then bodies begin turning up—supposed overdoses that Nate suspects are something much more sinister.

IS WORTH KILLING FOR
There’s a killer in town, toying with her, drawing both Ellie and Nate into a web of murder and vengeance. To find answers, she’ll have to unearth this small community’s dark and twisted past . . . before it’s her turn to die. 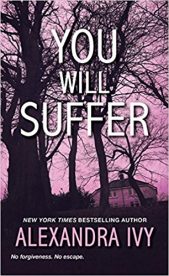 Once upon a time, the solid brick building on the corner of Main Street and First Street had been the proud headquarters of the local Masonic Lodge. The men of means and stature in the community would gather behind locked doors and discuss their secret business. In other words, they shared the latest gossip while they ate dinner and enjoyed the barrels of moonshine they kept hidden in the cellar.

As the years had passed, however, the small town of Curry, Oklahoma dwindled in population. The younger folks moved fifty miles west to Oklahoma City in the hopes of better jobs, and there was nothing in the area to attract new blood. The Masons lost interest in their club and the building had threatened to become yet another empty shell.

Thankfully, the building had been purchased by Harry Massie, a local rancher who’d had the brilliant idea to turn it into a tavern. Gutting the main floor, he’d spent the bare minimum on ensuring the ceiling didn’t cave in on his customers, and that it was relatively clean. He was also smart enough not to bother to name his new establishment. It would always be ‘the Lodge’ in the minds of the locals.

Now it was a dark, dingy place that had worn brick walls with the obligatory neon beer signs. Along one side of the cavernous room was a line of booths and in the middle, was a handful of tables. At the very back was a dancefloor with a small stage.

Harry insisted that the warped wooden floors and bare lightbulbs that hung from electrical wires gave the place atmosphere, but the truth was that the building should have been condemned years ago. The locals didn’t care. They just wanted someplace they could occasionally get together and have a drink.

Of course, there were some locals who did more than come in occasionally for a drink. There was a dozen or so customers who could be found in the dark interior on a nightly basis.

One of those customers was Daniel Perry.

Seated in the corner booth, he was nursing his beer and ruefully glancing toward the woman that Harry had hired to manage the place. Paula Raye was a hard-ass who claimed to have come from Oklahoma City, but Daniel suspected she was fresh out of jail. He knew enough men who rotated in and out of the penitentiary system to recognize an ex-con.

She was a squat woman with brown hair that was chopped short and ugly tats that covered her arms and crawled up her thick neck. She’d arrived in town six months ago and had promptly taken firm control of the Lodge. Including putting an end to Daniel’s habit of charging his drinks to his tab.

Daniel returned his gaze to his beer, wishing he was anyplace but here.

Although he was still in his mid-twenties, he looked at least a decade older. His narrow face was sallow and already lined with wrinkles. And his once broad frame was now to the point of being gaunt.

Years of substance abuse had taken their toll.

Taking another sip, he ran his fingers through the long, tangled strands of his dark hair. His father had bitched for an hour this morning that it needed to be cut, but Daniel had ignored the old man. Walter Perry had once been the sheriff of this god forsaken county. The illusion of power had gone to his head, making him think he could bully everyone into obeying his commands.

Including his own son.

Lost in daydreams of the moment he could afford to walk away from Curry and never look back, Daniel didn’t notice the two men who strolled into the tavern and headed directly toward his booth. It wasn’t until the floorboards squeaked that he belatedly glanced up to watch as the men slid into the bench seat across the table from him.

You Will Suffer is available in the following formats: