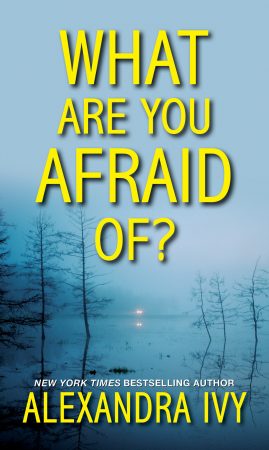 What Are You Afraid Of?

Book 2 in The Agency

SHE’S LEARNED ALL ABOUT KILLERS
They aren’t the kind of women anyone misses. Truck-stop hookers, runaways . . . no one would even notice they’d disappeared if the killer didn’t photograph their lifeless bodies, posed in the back of a semi-trailer. Exactly like the infamous Trucker murders. But this isn’t just a copycat. It’s a vendetta.

NOW HE’LL TEACH HER
Carmen Jacobs interviewed the world’s most terrifying serial killers for her bestselling book, The Heart of a Predator. The police might not believe her, but she knows there’s a monster out there, paying homage to other murderers. The only person who can predict where he’ll strike next is Griffin Archer—a reclusive software millionaire with ample reason not to help her.

HOW TO DIE . . .
Carmen has charmed her way past Griffin’s defenses before. He didn’t intend to let it happen again. But with a psycho sending her trophies of his kills, he has no choice but to get involved. The clues point to a killer obsessed with Carmen—someone who knows her work, her past, her secrets. Someone who won’t be satisfied until he has made all her deepest fears come true . . . 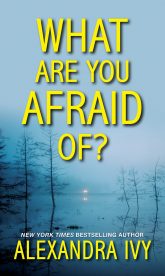 A voice in the back of Jeannie Smith’s mind whispered that she should be resigned to her ugly fate.

She’d always known that she was going to come to a bad end.  Everyone had said so.  Her mother said it just before the older woman had run off with her latest lover.  Her grandparents said it when they’d kicked her out of their house when she was just sixteen.  And even her pimp said it when he’d caught sight of the infected track marks on her inner arms.

A bad end was what happened to girls like her.

And it wasn’t like she hadn’t had any warning.  Since she’d started working as a whore she’d been beaten, robbed, and dumped in the gutter.  It’d only gotten worse when she’d left the streets of Kansas City to become a lot lizard.

A woman had to be desperate to troll the truck stops and rest areas along the interstate.

But for all the beatings and rough sex she’d endured, nothing had taught her the true meaning of horror until the john who’d picked her tonight.

Which was weird, really.

He was so handsome.

The sort of dude who could have any woman he wanted.

Of course, that might explain why she hadn’t instantly been wary when he’d urged her into the long trailer attached to his semi-truck.  Not even when she realized it was equipped with a freezer.  It was better than doing the john against the wall of the diner.  Or on the hard gravel of the lot.

But as she climbed into the back of the trailer, she caught sight of the other men already waiting for her.  Shit, she was in trouble.

She jerked her arm, struggling to free herself from her companion’s grip.

“Hey, there was nothing said about this being a party,” she protested.

One of the men stepped forward, his face wrapped in shadows.

“It took you long enough,” he snapped.  “There’s a half dozen whores out there.  What were you doing?”

The john holding her arm flinched.  Clearly the other dude was in charge.

“You said she had to be a blonde.  This was the first one I could find.

The man in charge snorted.  “Well, why you were dillydallying the rest of us nearly froze off our balls.”

There was a grumble of agreement from the shadows at the back of the trailer.  Jeannie hissed in fear.  How many were there?  Four?  Five?  Maybe even more?

“You have everything prepared?” the man holding her rasped, clearly attempting to hide his nerves behind an air of bluster.

“Of course,” the other stranger drawled.  “I have everything we need.  But first it’s time for some fun.”

The numbing sense of resignation was abruptly replaced with a savage need to fight back.

Maybe her destiny had been decided on the dismal day she’d been born.  Maybe her fate was to die in a bad way.

But by God, she’d spent twenty years fighting to survive.

She wasn’t going down easily.

She fought the bastards as they strapped her down and ripped off her clothes.  And even when they took turns raping her.

She fought until her original john was standing over her bruised and bloody body, a crowbar in his hand.

There was a brief hesitation as he gazed down at her.  Almost as if the man wasn’t certain he was prepared to commit the ultimate sin.  Then, with the shadowed man whispering in his ear, he at last lifted the crowbar, swinging it through the air.  There was an odd whistling sound as the metal cut through the icy air.  Jeannie was strangely mesmerized by the sheer horror of what was happening.  At least until she felt a blast of pain as it connected with the side of her face.

Then she felt nothing.

What Are You Afraid Of? is available in the following formats:

What Are You Afraid Of?