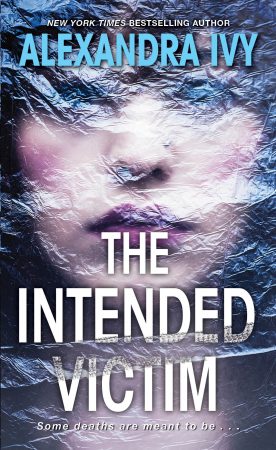 Book 4 in The Agency

ONCE, SHE GOT AWAY
The body lying on a cold steel slab bears all the hallmarks of the Chicago Butcher. There’s a cruel slash across her throat, deep enough to sever the carotid artery, and a small crescent carved into her right breast. Her delicate features are painfully familiar to Ash Marcel, once a rising star in the Chicago PD. But though the victim resembles his former fiancée, Remi Walsh, he knows it’s not her.

BUT THIS TIME
Though Remi escaped a serial killer five years ago, her father died trying to save her. Grief and guilt caused her to pull away from the man she loved. Now Ash is back in her life, insisting that Remi is still in danger.

IT’S A DEAD END…
Someone is targeting women who look just like Remi. With or without a badge, Ash intends to unmask the Butcher. But the killer isn’t playing games any longer. He’s moving in, ready to finish what he started, and prove there’s nothing more terrifying than a killer’s obsession… 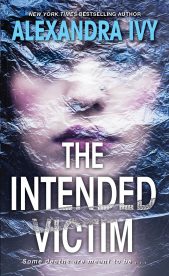 The sun was still struggling to crest the horizon when Angel Conway entered the small park next to Lake Michigan. Shivering, she hunched herself deeper in her heavy coat. Shit. Was there anywhere in the world colder than Chicago in the winter? She doubted even the North Pole felt as frigid. Especially this morning with the wind whipping the icy droplets from the nearby lake. They stung her face like tiny darts.

Unfortunately, she had no choice but to drag herself out of her bed at such a god-awful hour to brave the cold. It was the same reason she snuck out every Friday morning.

When she came to Chicago, she’d intended to have a clean start. No drugs. No men. Nothing that would screw up her one opportunity to climb out of the sewer she’d made of her life. But after the operation, she’d been give painkillers, and the hunger had been stroked back to life. Within three weeks of her arrival in the city, she was back to the same old habits.

Stomping her feet in an attempt to keep blood flowing to her toes, she scanned the shadowed lot. Where was her john? Usually she was the one running late. She did it deliberately to avoid being turned into a human popsicle. She wanted to arrive at the park, climb into the man’s expensive Jag, do her business, and get her pills. No fuss, no muss.

“Come on, come on,” she muttered, rubbing her hands together.

Maybe she should bail. She could sneak out this weekend and find a street dealer. Of course, what little money she had…

Her thoughts were shattered by the sharp snap of a branch. She frowned, glancing over her shoulder at the trees directly behind her. She’d chosen this spot because it gave her an open view of the lot, but at the same time gave her cover in case a cop decided to drive through the park. Now she felt a weird sense of dread crawl over her skin.

She was from the country. She knew the sound of a critter scrambling through the underbrush.

There was someone moving in the darkness. The only question was whether it was an early morning jogger. Or a pervert who was spying on her.

She never considered there might have been a third possibility.

Not until she felt the cold blade press against her throat…

The Intended Victim is available in the following formats: