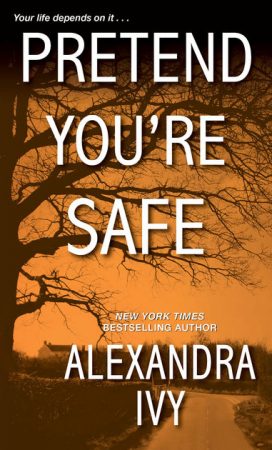 Book 1 in The Agency

HE SEES YOU
First came the floods. Then came the bodies. The victims—strangled, then buried along the shores of the Mississippi—have finally been unearthed, years after they disappeared. He remembers every satisfying kill… each woman’s terror and agony. But there’s only one he truly wanted. And fate has brought her within reach again…

HE KNOWS YOU
Jaci Patterson was sixteen when she found the first golden locket on her porch. Inside were a few strands of hair wrapped around a scrap of bloodstained ribbon. Though the “gifts” kept arriving, no one believed her hunch that a serial killer was at work. Now Jaci has returned home… and the nightmare is starting once more.

AND HE’LL NEVER LET YOU GO
Back then, Rylan Cooper was an arrogant deputy sheriff convinced that Jaci was just an attention-seeking teen. It was a fatal mistake. There’s a murderer in their midst, someone determined to settle old scores and keep playing a twisted game. And it won’t end until Jaci is his forever… 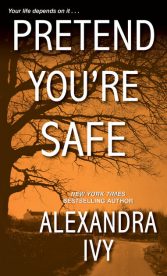 Frank Johnson had endured his fair share of floods.  He’d been born and raised on the small farm that butted against the bank of the Mississippi River.  Which meant he’d spent the past sixty years watching the muddy waters rise and fall.  Sometimes sweeping away crops, cattle, and during one memorable year, the barn that had been built by his great-grandfather.

The levee that’d been built by the Corps of Engineers over a decade ago had provided a measure of security.  Not that he’d been happy when they’d come in and scooped up his fertile land to create the barrier.  Frank was a typical Midwestern farmer who didn’t need the government poking their noses, or bulldozers, into his business.  But eventually he’d had to admit it was nice not to have the waters lapping at the back door every time it rained.

But this was no typical rain.

On the first of February the heavens had opened up and six weeks later, the torrential rains continued to pound the small community.  The river had become an angry, churning, destructive force as it swept toward the south.   Frank watched in resignation as the water had inched closer and closer to the top of the levee.  He knew it was only a matter of time before it spilled over the ridge and into his back field.

But when he woke that morning, it wasn’t to find the levee had been topped. Nope.  It had been busted wide open.  As if someone had set off an explosion during the night.

With the resignation of a man who’d lived his entire life dependent on the fickleness of nature, he’d pulled on his coveralls and boots before firing up his old tractor and heading down to see the damage.

Dawn had arrived, but the thick clouds and persistent drizzle shrouded the farm in a strange gloom.  Frank pulled the collar of his coveralls up to protect his neck from the chilled breeze, starting to feel like Noah.  Had he missed the memo from God that he was supposed to build an ark?

The inane thought had barely formed in his mind when he allowed the tractor to roll to a halt.  As expected, his fields had become pools of brown, brackish water.  In some places the nasty stuff was waist deep.  There were also the usual leaves, branches, and pieces of flotsam that’d been caught in the swirling eddies.

What he hadn’t expected was the long, dark object that he spotted floating in the middle of his pasture.

His first thought had been that it was a log.  Maybe a piece of lumber torn from a building.  But a piece of wood wouldn’t make his stomach cramp with a sense of dread, would it?

Climbing off his tractor, he’d reached into his pocket for his cell phone.  His unconscious mind had already warned him that whatever the floodwaters had washed onto his land was going to be bad.

Pretend You’re Safe is available in the following formats: