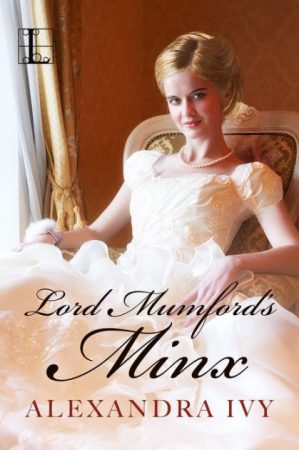 Long before I wrote my sexy paranormal romances, I wrote traditional Regency romances as Debbie Raleigh. Now I’m delighted that one of my favorites is available once more, as full of romance—and surprises—as ever…

When a woman appears at Stanholte Manor claiming to be the real heir to the family fortune, Miss Cassandra Stanholte determines to prove her a fraud. Cassie’s one clue leads her to the most notorious neighborhood in London—where she disguises herself as a courtesan. But her plan is hampered by the utterly exasperating, and irresistibly charming, Lord Luke Mumford. The man is is apparently intrigued by her, and has a habit of turning up at the most inopportune times. Cassie prays he’ll tire of his obsession before he discovers the truth—and she falls any deeper in love… But Luke is a bored lord, looking for adventure. He’s determined to discover what the young miss is hiding. Yet what begins as a game becomes far more serious when the dashing gentleman finds he is losing his heart…

I’m smitten with this tale of love and adventure all over again, and believe you will be too. 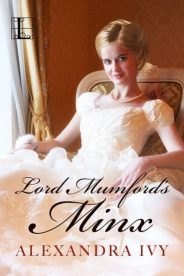 Standing in the center of the tidy office, Miss Cassandra Stanholte glared at the small, insipid Man of Business currently cowering behind the large desk.

“What do you mean there is nothing to be done?” she demanded, her tone as commanding as her expression. “Surely you do not expect me to hand over a sizable fortune, not to mention an estate that has been in my family for five generations, to some stranger who claims to have been married to my long-lost uncle?”

Running a nervous hand over his rapidly thinning hair, Mr. Albert Carson regarded the unexpected intruder in a wary manner.

Although the young maiden appeared remarkably harmless with her demure gray gown and her golden hair tugged into a haphazard knot, he was not a bit comforted. Indeed, he was uncannily disturbed by the flashing silver eyes and stubborn jut of the softly rounded chin.

“Please, Miss Stanholte, I am suggesting nothing of the kind,” he retorted in what he hoped was a soothing manner, “but you must understand that I am in a very . . . delicate situation.”

“And what about my position? I assure you that it is untenable.”

“It is not that I do not sympathize, but as you know, Lady Stanholte has provided a certificate of marriage to your uncle as well as a birth certificate for their child. She has also provided proof of his death in India last year. Clearly, we must at least investigate her claim that her son is legal heir to the Stanholte title.”

Cassie bit back a delightfully rude comment. Although Mr. Carson was no doubt doing his best, she was in no mood to listen to his evasive explanations. In the past fortnight she had endured a horde of strangers invading her home, a near revolt by her tenants, the unpleasant gossip of her neighbors and a ghastly drive from Devonshire to London. She wanted a firm promise that the odious mess would be put to a swift end.

Instead it appeared that she might lose everything while this timid man fussed over false certificates and the clever lies of an obvious charlatan. Really, it was more than any woman should have to bear.

“Mr. Carson.” She moved forward to place her hands on the wide desk. “My uncle disappeared on a trip to the Continent thirty years ago. After his disappearance, my grandfather spent the next ten years and a vast sum of money searching for his whereabouts. Nothing was ever found. Not a trace that he was still alive.”

“Yes, I recall my father speaking of the incident. Quite tragic.”

She ignored his sympathetic words. “Naturally, the estate reverted to my father, and on my parents’ death, to me. Now, do you not find it in the least odd that if my uncle were indeed alive he never made any attempt to contact the family, if only to ensure that he maintained control of his rightful inheritance?”

“Then why haven’t you notified the authorities and had this . . . woman taken from my home?”

“As I have said, Miss Stanholte, proper procedures must be followed.”

The devil with proper procedures, Cassie inwardly fumed, straightening with an angry motion. “This is absurd, Mr. Carson. Any woman could claim to have married my uncle in the past thirty years.”

Lord Mumford’s Minx is available in the following formats: