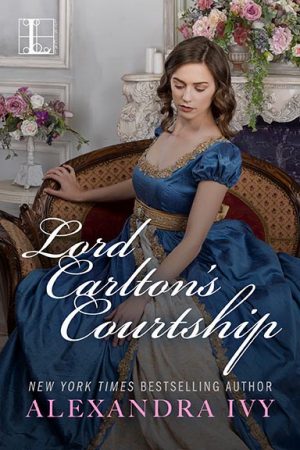 Long before I wrote my sexy paranormal romances, I wrote traditional Regency romances as Debbie Raleigh. Now I’m delighted that one of my favorites is being reissued once more, as full of romance—and surprises—as ever…

Miss Roma Allendyle detested behaving like a proper lady, and all the accompanying nonsense. After all, she could outride and outshoot any gentleman. If finding her vanished brother, an agent of the Crown, required her to disguise herself as a grubby lad, so be it. She expected to face challenges, but not to be waylaid by a mysterious ambush, wounded by a bullet—and rescued by the darkly handsome Lord Giles Carlton, the Season’s prime catch. Worse, in return for his aid, Giles has taken an imperious interest in her affairs and insists on helping with her search. But that is not the last surprise. For in Giles, Roma just may find a will to match her own, a passion to rival her fierce pride—and an outlandish ploy that could lead to true love… 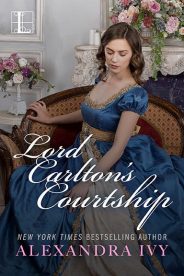 Gunshots pierced the chill night air, barely noticeable over the rumble of the approaching storm and the thunder of hooves as four desperate riders dodged through the well-prepared ambush.

Lord Giles Carlton peered through the driving rain, urging his exhausted mount through the treacherous mud of the wide lane. There was another round of shots and suddenly the horse closest to Giles’s stumbled, and the slight figure upon it slumped forward. With a muttered curse, Giles leaned sideways to grasp the reins of the frightened horse, gritting his teeth at the effort needed to keep both nervous thoroughbreds under control.

The night had turned into an unmitigated disaster. In the comfort of his elegant London home, it had seemed a simple enough task. He and his cousin, Jack Howe, were to travel to the coast and at an isolated spot retrieve a packet of letters smuggled in from France. Although Giles had sold out his commission the year before, he had often carried out such delicate missions in a purely unofficial capacity.

Now, fleeing through the night with gunshots ringing in his ears and the cold rain drenching his rough wool clothing, he desperately wished he had outgrown his thirst for adventure and remained in his safe, warm house. Of course, it was too late for regrets. He had accepted the commission without hesitation, just as he had accepted all the other assignments over the past few years. He had always known that his luck might run out at some point. Shoving aside these fruitless thoughts, he concentrated on his unfamiliar surroundings.

Somehow he had to find shelter. Not only was he concerned with the condition of the silent youth at his side, but he realized it was suicidal to plunge through the darkness at such a speed.

Somewhere behind him, his cousin and the second man who had met them on the beach were attempting to avoid the gang of ruffians, but unable to relay any message, he could only trust in Jack’s ability to fend for himself as he veered the two horses off the road and entered the small copse of trees. Retreating a few feet into the sheltering darkness, he drew the horses to an abrupt halt. Then, barely daring to breathe, he listened intently to the angry shouts of his pursuers as they raced by. For a moment he could imagine he was close enough to smell the stench of their filthy clothing, to feel the spray of mud from their horses hooves. But, unbelievably, they never bothered to glance toward the trees where he hid.

Still, even when it was clear that he had momentarily given them the slip, he remained frozen to the spot, silently hoping they didn’t have the sense to backtrack when they discovered they had lost their prey. It wasn’t until the lad at his side gave a low moan that he unclenched his taut muscles and turned to deal with his silent companion. “I think we have managed to elude them for the moment,” he whispered softly.

The voice was barely audible, and Giles moved his horse closer. In the darkness the form appeared pathetically small, and Giles gave a sharp frown. When he and Jack had met the two couriers on the beach, he hadn’t particularly noticed either of them. At the time he had been more intent on receiving the packet he’d been ordered to take to London, and only moments later they had been attacked. Now he wondered if the government had become desperate enough to recruit boys barely out of their short coats.

“Can you go on?” he demanded, his voice unconsciously harsh. “In time those brigades will realize that we are no longer ahead of them and come back to search the road.”

“I know.” There was a pause; then the soft voice continued. “There is a barn not far from here. Do you think we would be safe there?”

“A barn?” Giles thrust aside his irrational burst of anger. The child had suffered enough for one night. “Can you lead me there?”

Lord Carlton’s Courtship is available in the following formats: