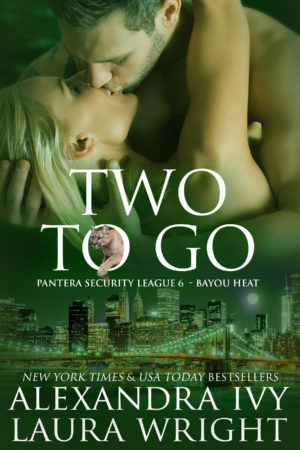 A Prisoner of Body

Once upon a time, a young Pantera female called Elyon was ripped from her family and left to roam the jungles of South America. She foraged and fought to stay alive. And by the time she was rescued, she’d grown into a Badass Beauty who could kill without mercy. The Angel of Death. The Perfect Hunter.

A Prisoner of Blood

Cage fighter, Max is no prince charming. The human male has spent his entire life protecting his parents. With every strike, every win in the illicit matches he fights in New York City. Night after night he’s forced to shed blood and crack bone, as a slave to the men who hold his parent’s prisoner.

But when an Cinderella in black leather walks through his doors, for the first time in his life, Max wonders what is truly worth fighting for. 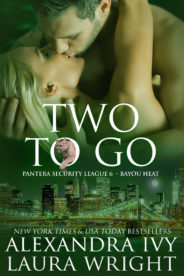 She was a ghost.

It was part of the deal.

The shit they’d each signed. Not with a pen or in blood or anything, but with their agreement to join the Pantera Security League. While some weren’t taking that agreement very seriously—Cough, cough, Cerviel!—she did. With every breath she drew into her lungs.

The safe house at her back, the sun overhead, Elyon picked up speed, racing through the wetlands, darting in and out of the cypress. She never ventured into the Wildlands, of course. Rules, bitches, remember? But she did get…close. Close enough to work her favorite magic.

Shifting into her cat.

Shifting out of her cat.

Back and forth, like a blink of the eye, clicks on a camera. The feeling was a total rush. Heat and cold, wet and dry, hunger, then thirst. It was such an infrequent luxury to have fur on her back, and with each mile she covered, her frustration, her irritation at her fellow Six member started to ease. Unfortunately it couldn’t cease altogether, because that would be impossible. After all, the male had just declared some crazy shit back there. Calling someone his. Unwilling to leave her side. Declaring her his mate.

Hallie. That was her name.

Elyon shifted into her cat again and snarled at a bird trying to keep pace with her. She couldn’t believe Cerviel had stepped over that line.

And with an asset!

She flashed back into her female form just as a rush of wind hit her face. Maybe she should give Ramiel a head’s up in L.A. so he didn’t completely lose his shit when he found out. Go hunting for Cerviel. Or Raphael. It was, after all, the big boss who’d told her fellow ghost to end it with that female who was this close to becoming his mate. Made him choose.

And now he was letting C off the hook like that…

After she’d completed her mission, she’d make a quickie trip to Hollyweird, take the male for a drink, or seven, and spill the beans. Unless, by some miracle, Cerviel had come to his senses and cut things off with Hallie by then—or at the very least he’d have something to say for himself that didn’t include long stretches of silence while he stared at the asset, drool running down his chin.

She leapt over a fallen log, shifting into her puma midflight. Yeah, baby. Not that she was opposed to drool. Or guys, males, drooling. When it was aimed at her, of course. She was, after all, a six foot, sleekly muscled hottie with silver-white hair that she’d buzzed close to her head. Her smooth skin was the color of caramel and her eyes were a brilliant, passionate blue. She’d had men drooling from the day she’d grown breasts. Once upon a time it had been a curse. Now it was just plain fun.

But she’d never, ever—ever—give up her life, her work, her vow for a Drooler.

Two to Go is available in the following formats: