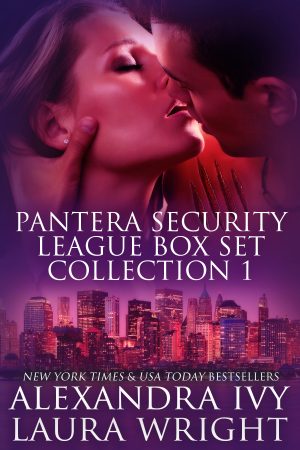 The Pantera Security League
Six shifters, representing all factions, working deep undercover. They prowl through the gray area between good and evil, willing to do whatever is necessary to protect their pack.

One Down
Cerviel is trained not to feel and not to get attached. But when he sees the female naked and bruised inside the cage, every instinct he’s forced down surges to the surface. Like him, the female is broken and alone in the world. But if he gives in to his raw, possessive nature, his cover will be blown, and danger will befall everyone he protects.

Two to Go!
Once upon a time, a young Pantera female called Elyon was ripped from her family and left to roam the jungles of South America. She foraged and fought to stay alive. And by the time she was rescued, she’d grown into a Badass Beauty who could kill without mercy.

Cage fighter Max is no prince charming. The human male has spent his entire life protecting his parents. With every strike, every win in the illicit matches he fights in New York City. Night after night he’s forced to shed blood and crack bone, as a slave to the men who hold his parent’s prisoner.

But when an Cinderella in black leather walks through his doors, for the first time in his life, Max wonders what is truly worth fighting for.

**These books have been previously published** 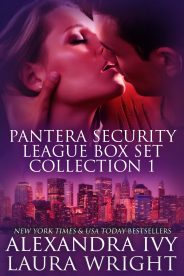