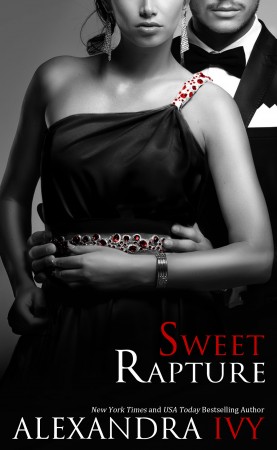 Meg Anderson has returned to her home in Holly, North Carolina after she discovered her relationship with Dylan Cain was nothing more than a lie. The last thing she expects is for Dylan to be her new tenant. Or the realization that he might be the only thing standing between her and a killer…

Originally published in the All He Wants for Christmas bundle 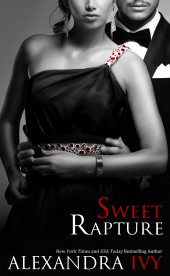 It was one of those weird facts of life that often the most eventful days start off as the most routine.

For Meg Anderson her morning began when her alarm went off at the ungodly hour of five thirty.  Dragging herself out of bed, she showered, futilely struggled to tame her dark, corkscrew curls into a braid before pulling on a pair of black slacks that emphasized her lush curves and a cherry red sweater that added a hint of color to her high cheekbones.  She brushed on mascara to widen her light brown eyes rimmed with gold and dabbed a clear lip gloss onto her full mouth.

Then, shivering at the chill in the air, she pulled on her jacket and headed out the large Victorian home she’d inherited from her grandmother when the older woman had died six months before.

She loved the old house.

It was charming.  Eccentric.  Solid.  Exactly like her grandmother who’d raised her after her mother and father had died in a car accident when she was just ten years old.

But loving the old monstrosity didn’t keep the ancient boiler from randomly refusing to work.  Or the roof from leaking.  Or the windows from sticking when it was humid.  Which was always.

Thankfully, she’d managed to rent out the rooms above her garage.  Her new tenant, who was arriving that morning, had already paid a first and last month rent.  Meg had immediately used the extra funds as a down payment on a new furnace.  And, once the monthly rent started coming in, she could at last make a start on the endless list of repairs.

Or at least that was the plan.

Meg grimaced at the knowledge the various plans she’d made since returning to Holly, North Carolina from Vegas six months ago had gone to hell in a hand basket.

And it wasn’t just the quirky, money-pit of a house.   Over the past few weeks she’d been the victim of vandals who seemed determined to frighten her.  It was no doubt a few teenagers who were bored during the long winter months in the small mountain town that was stuck far from civilization.  It wasn’t like there was much to do in Holly.  Still, it’d rattled her nerves and left a bad taste in her mouth.

This was her home.

The place where she hoped to heal her broken heart and start a new future.

Thankfully, she had her shop, Silver Bells, she acknowledged as she drove the short distance to Main Street.  The store that was a combination of a hair salon (that was run by her friend Sue Donnelly on one side) and her own flower shop on the other side was doing a brisk trade during the holiday season.

Leaving her van at the end of the street, Meg walked briskly past the quaint stores that lined the cobblestone streets.  The town had been founded when most of the locals still used horse and carriages, which meant that there wasn’t much room for parking.  She preferred to leave the few spaces for potential customers.   Besides, she always enjoyed strolling past the turn of the century shops with their large, festively decorated windows.

The hardware store, the local bar, a Christmas shop, a bookstore that doubled at the local coffee bar.

They all added to the cozy atmosphere that made this small town home to her, and attracted the yearly tourists who enjoyed the Christmas spirit that was an essential part of Holly.

Halting long enough to dart into the coffee bar for a cup of hot chocolate and a muffin, Meg continued to her shop, not surprised to find the door unlocked and the lights on despite the fact it was barely past six o’clock.

Sue had a weekly appointment with the local mayor who preferred to come in while most of the town was sleeping.  As if everyone didn’t know his hair was dyed.

Entering the store, Meg breathed a sigh of relief as she was instantly cloaked in a fragrant warmth.  The day promised to be downright frigid.  Which meant she had to get her boiler up and running in her house ASAP.

After taking the time to pluck a few fading leaves from the massive display of poinsettias and to turn on the lights on the Christmas tree set in the front window, Meg headed past the wooden shelves filled with silk flower arrangements and small crafty gifts she made during the evening to the backroom.

Shedding her coat, she tossed it on the chair behind her desk that was in dire need of organization.  Just seconds later, Sue entered the back storage area that served as their mutual offices.

On the back wall were the line of glass coolers where Meg kept the fresh flowers that she had delivered twice a week, along with the cabinets of vases, ribbons, and balloons.  On the other side were the storage shelves that Sue used for her hair products and sinks where she mixed her dyes.  There was also a tray of sterilizing equipment.

Meg was sipping her hot chocolate when Sue strolled into the room.  The hairdresser was six years older than Meg’s twenty five years, and unlike Meg, she’d stayed in Holly and married her high school sweetheart.  She’d attended a nearby cosmetology academy before she’d put aside her career to have three children.  It was only after Meg had bought the old beauty salon and was in the process of having it refurbished that she approached Meg with the suggestion that she pay Meg to rent out half the building.

Meg had happily accepted her generous offer.  Not only because she was in desperate need of the money, but she enjoyed the company.

She’d lived with her grandmother until her friend Kristen Roth had invited her to Vegas to work as her personal assistant.  For nearly four years she’d lived two roommates in a condo that was always filled with people.  Not to mention Dylan-the-bastard.

Sweet Rapture is available in the following formats: