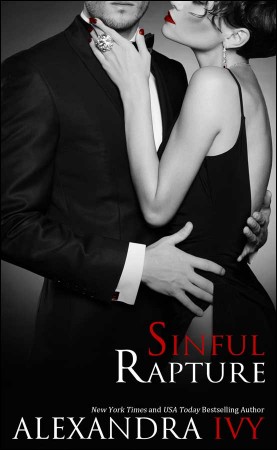 A TASTE OF SIN
Holly Sullivan has always been the good girl. She follows the rules and does her best to please her father. But what has it gotten her? Her father sells the company she assumed she would inherit to gambler Liam Conner, and her fiancé jilts her at the altar. Why not spend her non-wedding night at The Playhouse, the most notorious sex club in Nevada, indulging her deepest desires?

A DESPERATE GAMBLE
Liam fell in love with Holly at first glance. Unfortunately, she hates him for buying her father’s business. Even worse, she refuses to admit their mutual desire. Then he’s given a second chance to claim her for his own when her worthless fiancé dumps her. Following her to The Playhouse, he devotes the night to fulfilling her fantasies. But will she forgive him when his secret is revealed? 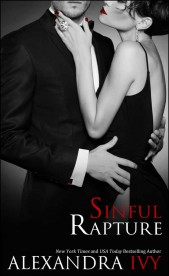 The wedding was perfect.

Or at least it should have been.

After months of planning and a bottomless budget, Holly Sullivan had made certain nothing was overlooked.

Choosing to set the social event of the year in the gardens behind the elegant Las Vegas hotel, she’d decorated the marble grotto in white silk with accents of gold.  At the altar she’d placed huge banks of white lilies and gilded roses.  Even the candles had been personally hand-dipped to include Holly’s favorite lavender scent.

A glorious backdrop for her white sheath gown that was closely fitted to her tall, slender form with gold thread that had been hand-embroidered on the sleeveless bodice.

It was even a perfect spring day.

There was only one thing missing.

Standing in the center of the grotto, Holly watched in numb disbelief as the uniformed employees hurriedly stripped away the gold bows that were tied to the rows of chairs.

Had it really only been three hours ago that she’d been waiting in the vestibule in the back of the hotel?  She’d been surrounded by her bridesmaids and her father, Vigo Angeli, who for once had looked pleased with his bastard daughter.

She blew out a weary sigh.

Maybe she shouldn’t have been surprised that she’d been jilted, she wryly conceded.

The past six months hadn’t been her finest.

Not only had her father sold his casino conglomerate after he’d all but promised that she would one day take his place at the head of the family business, but he’d sold it to Liam Conner.

A gambler, womanizer, and all-around pain in her ass.

She’d gone from loving her career as Vice President in charge of Marketing, to dreading each day spent with Liam.

He was too raw, too unnervingly sensual for her taste.

The eldest son of the Wentworths, wealthy investment bankers.  He’d proposed to her nine months ago.

The man who couldn’t be bothered to show up for his own wedding.

Pain sliced through her numbed disbelief.

But far worse than that was the gut-wrenching sense of being found unworthy in front of her father.

Her entire life, Vigo had made her feel as if she would never be good enough.

Sinful Rapture is available in the following formats: