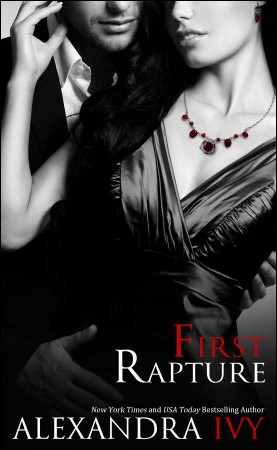 Madison Philips has only one reason to return to Las Vegas: Luc Angeli. The tall, dark bad boy took her virginity on her eighteenth birthday and then walked away, now she’s back, and ready for revenge. Luc Angeli spent his youth trying to earn the approval of his philandering father. Now he’s his own man, but there’s still something missing from his life. He doesn’t know what it is until he catches sight of Madison across a balcony. Suddenly he knows this woman is what he’s been searching for, and this time he’s not walking away. 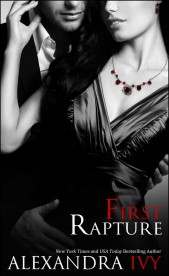 Madison Philips knew she was dreaming.

Not only was she suddenly eight years younger, but there was that weird sense of floating outside her body as she watched the last of the teenage girls drive away from the cramped trailer on the outskirts of Las Vegas.

It was a familiar dream.

Grimly, Madison tried to call on her well-honed skill at yanking herself out of the nightmare.  She’d done it a hundred times over the years.  But tonight, she found herself floundering.  Instead of waking, she discovered herself sinking even deeper into the dream.

Until she was no longer watching the past unfold, but actually reliving the event.

Lost in the dream, it felt shockingly real as she tidied the shabby living room before heading to the back of the trailer.

It’d been a fun enough birthday party with her friends, she acknowledged, once again that young, shockingly innocent girl.  In fact it’d been her best party ever, as long as she didn’t dwell on the two notable no-shows.

It wasn’t as if she’d actually expected her mother to remember it was her only child’s eighteenth birthday.  Hell, Connie Philips hadn’t been to the trailer in two weeks.  Madison assumed she was still holed up in some sleazy hotel with her latest lover.

And of course, she’d been an idiot to think for a second that Luc Angeli, the Dark Angel, who was three years older than her and the focus of her avid teenage fantasies, would actually stop by.

It’d obviously been a figment of her imagination to think there’d been a spark of interest in his dark eyes when she’d gone to his house and practically begged him to stop by for…well, she’d said she wanted him to share a slice of birthday cake, but they both knew what she was truly offering

Unlike most of her friends, she’d avoided becoming sexually involved with any of the boys she dated.  A part of her refused to walk in her mother’s failed footsteps, sleeping with every man who would pay her attention.

But a larger part was longing to give her virginity to the man who’d filled her dreams for the past three years.

And she hadn’t kept her desire a secret.

Luc was well aware that she wanted him to initiate her into her burgeoning sensuality.

Heaving a sigh, Maddy pushed open the door to her bedroom, flipping on the table light that bathed the small room in a muted glow.  She preferred to keep most of the room in shadows, not wanting to dwell on the shabbiness of her surroundings.

In her mind this wasn’t her home.  It was just a place she stayed until she moved on to bigger and better things.

But tonight, there was an unexpected bonus waiting for her.

The one and only birthday present she truly wanted.

Automatically closing the door behind her, Maddy leaned against it as her astonished gaze took in the sight of Luc Angeli stretched on her bed, his hands locked behind his head.  He’d obviously used the back door to enter the trailer while she was watching her friends leave.

Her heart slammed against her ribs.  God almighty.  He looked too beautiful to be real.

His black hair was left just long enough to curl at his nape.  His skin was darkly bronzed.  His velvet eyes were as black as a midnight sky and framed by a tangle of impossibly long lashes.  His features were so finely honed they might have been pretty if he weren’t so potently male.  And his lean body was rock hard from his summers spent working construction.

“Luc?” she breathed in shock, briefly wondering if she was hallucinating as he slowly rose to his feet, his muscles moving with liquid ease beneath his faded jeans and tight black T-shirt.  “What are you doing here?”

His brooding gaze watched as she nervously pushed her heavy curtain of smooth black hair from her face that remained pale no matter how many hours she spent in the scorching Nevada sunlight.

First Rapture is available in the following formats: