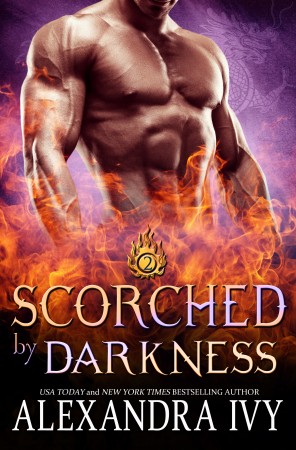 Book 2 in Dragons of Eternity

As a half-breed dragon, Torque never had the luxury of choosing his future. Not only did his father barter him to pay off a debt, but a rare Shinto fey claimed to see him in a vision that involved recovering a lost treasure for the powerful dragon, Synge—a destiny that might have been bearable if the vision hadn’t included a mating with Rya, Synge’s half-breed daughter. Who could blame him for being resigned rather than thrilled with his fate?

Rya has had enough of being treated like an unwanted burden by her betrothed. So when she learns her mother is missing, she doesn’t hesitate to leave the harem to try to find her. The last thing she expects is Torque tracking her down. Or the explosive chemistry that ignites between them. Now they must work together to discover the dark threat that not only traps her mother, but has the potential to spread evil throughout the world. 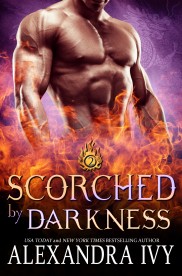 Torque was in the zone.

That perfect place where he was intimately connected to his inner dragon and capable of seeing the world with a sharp, acutely brilliant focus.

Moving with liquid grace, he crossed the vast training room with a complex pattern of leaps, kicks, and lightning fast punches.  Fire danced over his skin, leaving scorch marks on the granite floor.  He might be a half-breed, but his dragon was particularly strong, allowing him to create enough heat to melt through stone if he wasn’t careful.

He was also capable of creating small portals, masking his presence, and killing most creatures with his bare hands.  And he had a unique gift of being able to conjure tiny sparks that he could send anywhere in the world.  Not a particularly valuable talent, but he’d more than once used them to distract his enemies long enough to gain the upper hand.

Turning to finish his daily routine, Torque found his concentration wavering a flicker of movement appeared near the door.

“Not now,” he growled, leaping high enough to grab the ring that was hanging from the ceiling.

With a fierce surge of power he was swinging forward, releasing the ring to arc through the air, landing lightly on his feet before he was spinning to kick at the punching bag that was attached to steel bar.

Like Torque, the male was a half-breed dragon who was in the service of Baine, but that’s where the similarities ended.

Torque was a trained solider with short dark hair and brilliant blue eyes.  Char was a personal companion to Baine, which meant he had the ability to partially shift into his dragon form.  He had silver hair and gray eyes that turned from smoke to charcoal depending on his mood.

The older male also preferred elegant suits, while Torque wore the plain black uniform of a guard, or casual jeans and sweaters when he wasn’t on duty.

Even their personalities were different.  Char was sly, sardonic and charming.  The sort of male who took pleasure in laughing at the world.  Torque, on the other hand, was far more serious.  He devoted himself to duty, and keeping his fighting skills at peak condition.

“Wanted by who?” Torque demanded, whirling to give the bag another kick.  “You?”

Char gave a short laugh.  “You should be so lucky.”

“Yeah right.”  Another kick.  “According to the harem, there’s no luck needed to capture your desire.  You spread your interest far and wide.”

“True.”  Char deliberately paused.  “But I draw the line at an irritable soldier who thinks a romantic night is kicking bags and lifting weights.  Give me a warm woman spread across satin sheets and a cold glass of champagne.”

Torque hissed in frustration, slowly turning to face the male who was leaning nonchalantly against the doorjamb.  Clearly he wasn’t going to get any peace until Char he could get rid of the unwelcomed intruder.

“Are you going to tell me why you interrupted my training?” he snapped.

Char watched as Torque grabbed a towel to wipe the sweat from his body, tendrils of smoke still clinging to his damp skin.

“Baine had a visit from his father’s emissary,” he said.

Torque scowled. Baine had walked away from his father, Synge, centuries ago.  Dragon family dynamics were explosive to say the least.  Many were downright homicidal.  But since Baine had found his mate, the two had started a cautious relationship.

Scorched by Darkness is available in the following formats: