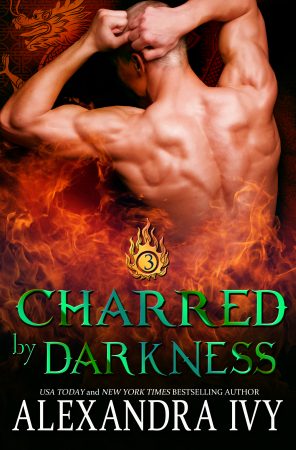 Book 3 in Dragons of Eternity 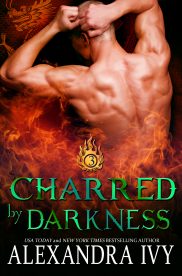 Levet appeared at the entrance of the dragon’s lair with a dramatic flutter of his wings. He was a gargoyle who liked to make his entrance in style. Who could blame him?

Okay, there were a few stupid demons who might consider him a poor example of a gargoyle just because he barely stood three feet tall and his magic wasn’t the traditional, boring gargoyle magic. Which was why he’d been voted out of the Guild.

But whatever he lacked in stature, or magic, he more than made up in sheer magnificence. His features were gloriously grotesque, and he had the traditional thick gray skin of all gargoyles. His eyes were reptilian and his horns were stunted. He even possessed a long tail he kept polished until it glowed.

Even more superb, he possessed a pair of delicate, gossamer wings. The haters might claim that the wings would have been more fitting on a sprite or fairy than a lethal creature of the dark. But as far as Levet was concerned they only added to his air of sensuous mystery. Waiting for the door to be swept open, Levet gave a sniff of disapproval.

Really, it was too bad of Tayla. He’d been having a perfectly lovely time with a fire imp when his friend had sent him a frantic mental plea for him to join her at Synge’s lair. Pinto.

No, wait. That wasn’t right.

Pronto. He snapped his fingers. Oui, that was it.

The least she could do was be standing there, awaiting his arrival with bated breath. This had to be the work of Tayla’s new mate, Baine, he decided, wrinkling his snout.

When he’d first met the pretty imp, Tayla had been hiding from the lethal dragon. They’d lived together in a pretty tea shop where Tayla had cooked him delicious treats. He sighed. He missed those days. Now Tayla was all googly-eyed over her mate, with no time to provide Levet with hot scones and his favorite nectar. It was a tragedy.

Perhaps he should return to the volcano where his fire imp was waiting for him. The way she could singe his—

Levet’s naughty thoughts were interrupted when the thick stone wall slid inward. He hesitated before he waddled forward. There was no point in putting off the inevitable. The quicker he could discover what Tayla needed, the quicker he could return to his lovely imp.

There was the fresh scent of citrus, then a female imp appeared out of the darkness. Tayla. She was lovely. No surprise—all fey tended to be blessed with exquisite beauty. Today she was wearing a loose white tunic that flowed to the floor in a shimmer of silk. Her dark gold hair was fanned over her shoulders and down her back with hints of fire in the strands. Her face was a pale oval with a narrow nose and plush peach lips. Her eyes were a pale green with shards of jade and thickly lashed.

At the sight of him she held out her hands. “Oh, Levet. Thank the goddess.”

Levet reached to grasp her fingers. “I do not think you need to thank the goddess,” he assured her. “It was the generous nature of my heart that brought me here.” He believed in pointing out his accomplishments. How else could other creatures properly appreciate his many talents?

Charred By Darkness is available in the following formats: