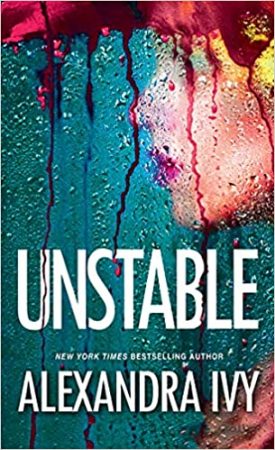 In New York Times bestselling author Alexandra Ivy’s third bone-chilling romantic thriller set in Pike, Wisconsin, a small town with more secrets than residents, a cold case expert and her sheriff ex-husband reunite to solve a cold case when footage of a bound and gagged girl is discovered on a mysterious old VHS tape.

WHEN IT COMES TO KILLING
A dead man in a cemetery isn’t news—unless he’s found on top of a grave, with a bullet through his head. The body belongs to Jude Henley, who was supposed to be buried below. Instead, the grave contains the remains of Staci Gale, thought to have run away nearly three decades ago. Then an old VCR tape arrives at the sheriff station, showing Staci before her death—bound and terrified—with a note, claiming to be from the killer’s apprentice…

PRACTICE
Rachel Fisher’s job in cold case files has brought her back to Pike, Wisconsin—where she’ll be working alongside her ex-husband, Zac Evans. As Pike’s interim sheriff, Zac expected a low-key assignment. Instead, he and Rachel are racing to solve serial murders from decades past while a new monster goads them with a chilling promise. Every week there’ll be another old tape—and a fresh victim…

MAKES PERFECT…
In this small town a killer walks—twisted, ruthless, determined to continue his master’s work. And unless Rachel and Zac can find a way to get ahead of him, the nightmare will never end. 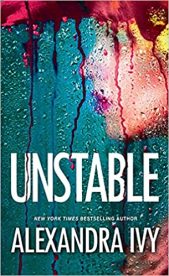 Zac Evans pulled the square plastic tray out of the microwave and headed to his desk. Once seated, he removed the clouded film to reveal the limp noodles covered in a weird red sauce and splotches of white that was supposed to be cheese. He grimaced. Was there anything sadder than spending a Saturday night at his desk, eating mystery lasagna?

Not that his evening would have been much different if he’d been home, he wryly acknowledged. He was just thirty, but his days of crazy party weekends had ended when he was eighteen.

The cost of marrying his high school sweetheart just days after graduation. And divorcing her just four years later.

Working up his courage to take a bite, Zac was thankfully distracted by the sound of a buzzer that shattered the silence. Shoving himself to his feet, he crossed the planked floor to the monitors that were mounted on the wall over the old wooden filing cabinets. Technology mixed with history. It was a deliberate choice he’d made when he’d taken over the position as interim sheriff in Pike, Wisconsin.

A quick glance at the monitor revealed a tall, slender man who was looking directly into the camera to reveal his golden blond hair and blue eyes. He was wearing a heavy leather jacket to combat the early November chill and black slacks.

Surprised by the unexpected visit, Zac glanced at the old-fashioned clock on the wood-paneled wall. Seven-thirty. Odd time for a social call.

Pressing the locking device that he’d had installed on the front door, he spoke into the intercom. “Come in.”

Kir disappeared from view, and Zac moved to pull open the door to his office. The sheriff department took up most of the old courthouse, but he was located at the front of the building. Within a few seconds his friend was strolling through the reception area and into his private space.

Coming to a halt in the center of the floor, Kir lifted his brows as his gaze swept the recently remodeled space. Kir’s father, Rudolf, had been sheriff in Pike until a shooting had forced him into an early retirement. Kathy Hancock had taken over and done everything in her power to wipe away any trace of Rudolf. And the temporary sheriff who’d briefly taken over after Kathy’s abrupt departure had left it, no doubt realizing there was no point in making any changes when he was going to return to Madison in a matter of weeks.

“Wow. You’ve made some changes.”

Zac shrugged, moving to lean on the corner of his desk. Over the past six months he’d donated the plastic and rubber furniture to the local school and removed the carpeting along with the heavy curtains that blocked the windows that offered a beautiful view of the town square. He’d also raided the storage rooms to find the previous handcrafted wood furniture that had been there since the courthouse was built a hundred years ago.

He didn’t ask himself why he’d been determined to create a style that suited his taste when he was just the interim sheriff, especially when he hadn’t done a damned thing at his parents’ farmhouse in the eight years he’d lived there, but he was glad that he’d gone to the effort. There was a sense of comfort each time he walked into this room.

“I wasn’t really into the whole Ikea vibe,” he told his friend.

A wistful smile touched Kir’s mouth. “It looks like it did when my father was sheriff.”

“Perfect.” Kir turned to face Zac, his brows arching at the sight of the steaming container on the desk. “Am I interrupting dinner?”

“If you wanna call it dinner.” Zac smiled wryly. As tall as Kir, he had thicker muscles from his years of working on his father’s farm. Even after he’d sold off the dairy cattle and rented out the fields to his neighbor, there was an endless number of chores that demanded physical labor. His hair was also a darker shade of blond and his eyes were green with flecks of gold. His mother claimed the gold was the result of being blessed by a fairy when he was baby. Of course, his mother also said that God had given her only one child because he was so special, so her belief system was suspect. “My father would have called it hog slop.”

“Not all of us have the Kir Jansen’s magical skills in the kitchen,” Zac pointed out. The older man had made a fortune in Boston by creating a company that would take care of any tedious task. Washing a car, picking up laundry, cleaning gutters, or cooking dinner. Which meant he had a wide variety of talents, including the ability to create a cordon bleu meal.

He’d recently sold his multi-million-dollar corporation to marry the local vet, Lynne Gale, and settle down in marital bliss.

Unstable is available in the following formats: