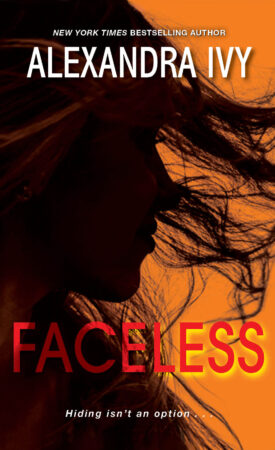 BE CAREFUL
A masked robber, a gunshot, an endless nightmare left in its wake. Wynter Moore was just four years-old when she witnessed the murder of her mother. For twenty-five years she’s tried to blunt the trauma with ambition. Yet each year, she shuts down her popular Iowa restaurant to return to her small hometown of Pike, Wisconsin, to grieve. Only this time, her visit will be marked by new danger and shocking discoveries about the past–and about her mother.

WHAT YOU DIG FOR
Why kill her? That’s what scrawled on the picture Pike’s recently deceased sheriff left behind for Wynter. Pulled from surveillance tape, it shows the fatal hold-up–and raises unnerving questions. Soon, Wynter is opening a Pandora’s box of dark revelations and suspects. When frightening incidents and threats start coming, it’s clear that Wynter is a target herself. Enemies seem to abound–except for one man…

YOU JUST MIGHT GET KILLED
Game warden Noah Hunter has tried to convince himself that Wynter is just a friend ever since they met in grief counseling as teenagers. But now that she’s in danger, that denial is over. Traveling to her side, he helps Wynter retrace the treacherous steps of her complex mother’s life–before she loses her own. Because someone wants–needs–Wynter gone, forever. 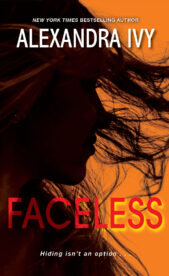 The second week of April was a happy time for most citizens of Larkin, Iowa. The worst of the harsh winter weather had hopefully passed and the air would soon be scented with the promise of spring.

But for Wynter Moore, the date was a painful reminder of her mother’s brutal murder.

Leaving her small apartment, Wynter walked down the narrow flight of stairs that led to the recently remodeled kitchen of her farm-to-table restaurant, Wynter Garden.

Usually the scent of warm bread and fresh herbs greeted her. This morning, however, the long room with the sleek stainless-steel appliances and green and white mosaic tiled floor was dark with a distinct chill in the air.

Wynter ignored the tiny shiver that raced through her. Next week the kitchen would be humming with activity. There would be two chefs and four waiters buzzing around, moving in a synchronized dance to produce the gourmet breakfast and lunch dishes that had made the restaurant a success in the past seven years.

For now, the windows and doors would stay shuttered. A silent tribute to her mother’s death. And the knowledge without the trust fund the older woman had left behind, the restaurant would have remained an impossible dream.

Using the side exit, Wynter stepped out of the three-story brick building that had once been the local mercantile store for the small farm community. It’d been abandoned decades ago, and it had taken Wynter several months and a shocking amount of money to transform it into a restaurant and a comfortable apartment for herself.

In the end, however, it had been worth every headache, and every penny.

Wynter shivered as a sharp breeze hit her with unexpected force, lifting her silvery blond hair to whip and dance until he covered her slender face. She clicked her tongue, impatiently grasping the long strands and tucking them beneath the collar of her puffy parka.

When she was working she kept her hair pulled into a ponytail. Today she wanted to make an effort with her appearance, not only leaving her hair down, but adding a layer of mascara to the long lashes that framed her hazel eyes and exchanging her faded jeans and casual smock top for wool slacks and yellow sweater.

Unfortunately, the promise of spring was more of a wish and a prayer than a reality today. The temperature hovered around freezing despite the morning sunlight, and the wind was cold enough to cut through her like a knife.

Hunching her shoulders, Wynter scurried across empty lot next to her building. Long ago it had been a bakery, but after a fire three years ago, the owners had walked away. Wynter had purchased the land and turned it into a parking lot. Eventually she planned to use a portion of the space to create an outdoor eating area surrounded by a garden. For now, however, she was happy to have plenty of space for parking.

There was no better place to have a business in Larkin than on the town square, but the place had been built when people’s transportation consisted of horses and buggies. During her Sunday morning brunches, her customers had been forced to park blocks away.

She was scurrying along the edge of her building in the futile hope it might block the wind when a van with a familiar logo painted on the side parked next to her battered black pickup.

Wynter watched in surprise as the woman jumped out of the vehicle and headed toward the back of the van. Tonya Knox was the owner of the gift shop that was on the other side of the parking lot and one of Wynter’s best friend despite the fact she was fifteen years her senior.

It’d been Tonya who’d walked her through the nightmare of business licenses, taxes and local zoning. She’d also had a shoulder for Wynter to cry on when the water line froze and busted, forcing her to close down the restaurant for over a week. And when a rival restaurant owner in town paid his staff to leave nasty online reviews.

Wynter halted to watch as Tonya pulled open the back of her van. The woman was several inches taller than Wynter and double her weight. Tonya wasn’t fat, just solid with the muscles she acquired in the pottery studio she’d built at the back of the gift shop. She could lift and carry the heavy blocks of clay without breaking a sweat. In contrast, Wynter was reed slender. Her grandfather told her that a strong puff of wind would blow her away.

On cue, a gusty breeze tugged at Wynter’s hair, urging her to head to her truck and get the engine revving. It was not only too cold to be standing outside, but time was ticking. She wanted to get on the road.

“Hey, Tonya. What are you doing up at this hour?” she called out. “I thought you said that you needed your beauty sleep?”

Wynter Garden opened at six in the morning and served until two in the afternoon. That meant that Wynter was up by four to start prepping for the day. In contrast, Tonya slept until midmorning and opened her gift shop at noon. Of course, she also gave pottery lessons in the evening so it was often midnight before she was locking up.

It made them perfect neighbors.

Faceless is available in the following formats: