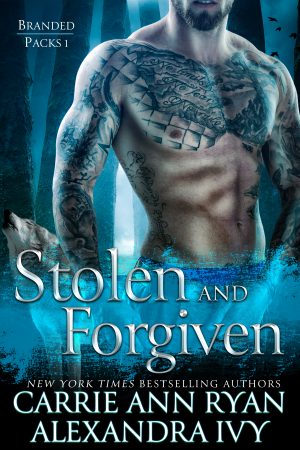 The first rule of being Alpha of the Canine Pack is to protect their secrets from the humans at all cost. One look at the dying human at his doorstep and Holden Carter knows he will have to break it. The broken woman with no hope at survival is his mate. When he forces the change on her to save her life, he not only sets forth motions that could risk both their lives, but the lives of every shifter in the world.

Ariel Sands grew up in a post-Verona infection world and under the care of the very humans she thought had cured the disease. When they betray her in the worst ways imaginable, she finds herself not only mated to the Alpha of a the very species she’s been taught to fear, but the focal point of a traitor and path to destruction for everyone’s way of life. It will take more than trust and a mating bond for Ariel and Holden to not only survive their enemies, but the burn of their own temptations.

Soren Slater is a Beta wolf who understands that duty to his Pack comes before his own needs. At a young age he takes a position as a liaison between his Pack and the other species of shifters. He never expected his enticing flirtations with Cora Wilder, a Tiger Princess, would encourage her cat to consider him a potential mate. He’s forced to walk away, choosing a partner among the wolves to try and strengthen his Pack.

Cora has no intention of forgiving or forgetting Soren’s rejection. Not even when the Packs are forced to live together and she discovers Soren’s former mate has died. But then, she’s kidnapped by the SAU and she has no choice but to work with Soren to escape. Together they must put the past behind them if they’re to survive the human’s evil plot.

Stolen & Forgiven is available in the following formats: