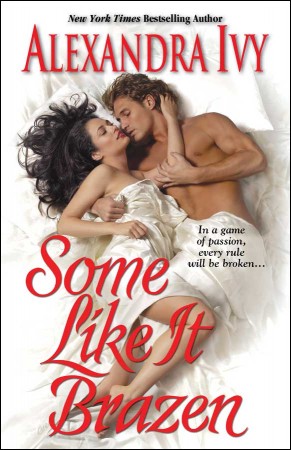 She was the toast of London society. He was its scorn. Together they would find a passion like no other in this breathtaking tale of forbidden desire…

Born a lowly gentleman farmer, Edward Sinclair is thrust into the role of the Earl of Harrington when a distant relative dies. A more unlikely nobleman there has never been. For Edward’s stark masculinity and brute strength set him apart and earn him the demeaning title of the Peasant Earl.

A spoiled heiress, Lady Bianca is known as the Ice Princess for toying with the affections of her suitors. But she has fallen for the one man her father, the Duke, won’t let her marry: a rogue with no fortune to call his own. When another man, the Peasant Earl, arrives in London with an even worse reputation, Bianca is ready to exact her revenge.

Only Edward sees through the raven-haired beauty’s silly flirtations’ straight into her heart.
What starts out as just a game, turns into a dangerous contest of wills, one that will require nothing less than complete surrender… 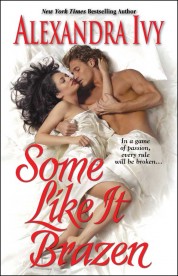 “For God’s sake, Edward, halt your fidgeting before I have you tied to the bedpost,” Lord Bidwell groused.

Edward Sinclair, fifth Earl of Harrington, smiled with rueful amusement. He was a large gentleman with the thick muscles of a person accustomed to hard labor and chestnut curls that were brushed toward a countenance too bronzed for fashion and features too forceful for beauty. He was, however, blessed with warm hazel eyes and an unexpected pair of charming dimples.

Thankfully, he was also blessed with rare good humor and a patient nature. A stroke of fortune considering most would have bolted after a fortnight of enduring Biddles’s wretched notions of how to mold a proper gentleman.

“I defy any gentleman not to do a measure of fidgeting after three tedious hours of being brutally bathed, brushed, and bedeviled. I can assure you that I have been more kindly handled during taproom brawls.”

“Halt your complaining. You are fortunate your form is such that I had no need to order a corset. They are damnably uncomfortable, according to most,” Biddles retorted with a supreme lack of sympathy. “Of course they are all the rage since the Prince has taken to wearing them. Perhaps we may yet consider one.”

Edward lifted one warning brow. “You would not dare.”

The slender, flamboyantly attired dandy with a narrow countenance and piercing eyes smiled with a bland superiority. “Not only would I dare, my dear Edward, but I would twist, tuck, and squeeze you into it myself if I thought it necessary.”

With a flourish the gentleman produced a lacy fan to wave before his pointed nose. “I have warned you that all of society will be anxious to cast their judgment upon the new Earl of Harrington. Especially since they are already titillated by your elevation from farmer to earl in one fell stroke. Do not doubt every eye will be searching for some exposure of your rustic manners and lack of worldly experience.”

“Meaning that they will expect me to arrive at their soirees complete with mud on my boots and a cow in tow?”

“That is precisely what they will expect.” Edward smiled wryly. “It is not that I doubt your judgment, Biddles, which is always quite beyond question,” he murmured. “But I must admit that I have yet to comprehend how being scrubbed until I am raw, and then strangled by my valet—who by the way is taking inordinate pleasure in my torture—is to assure the ton that I do not reek of the country.”

Some Like It Brazen is available in the following formats:

All about Hellion's Den →