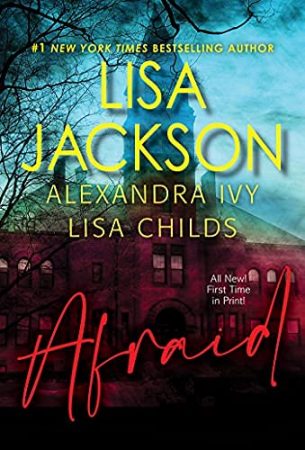 St. Cecilia’s School for Girls in Salzburg, Austria, is a haven for the daughters of the rich and famous. Here, scandals are buried and secrets hidden. But for three former students, evil is about to resurface . . .

LUCY
Lucy Champagne was sent to St. Cecilia’s after her movie-star mother was brutally attacked by her sleazy boyfriend, Ray Watkins. Lucy’s damning testimony landed Ray a twenty-five-year sentence. But now, Ray is free. And he’s going to find Lucy and make her pay, no matter how far and how fast she runs . . .

ERIN
Erin MacDonald remembers little about the long-ago night she and her sister, Anna Beth, were kidnapped. While Erin was found safe, Anna Beth vanished forever. Now Erin has reluctantly come back to the family estate, where Detective Rafe Montego hopes to finally crack the case. But as flashes of Erin’s memory reemerge, she learns how deep the danger goes . . .

RAYNE
Rayne Taylor found unexpected happiness at St. Cecilia’s, until her roommate, Natalie, committed suicide. Only when Rayne finds a box of mementoes from that time does she realize how wrong she may have been about Natalie’s death—and how far someone will go to keep the truth hidden . . . 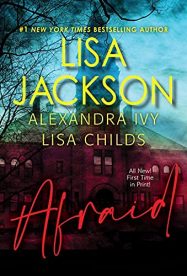 The mansion on Lake Shore Drive in Chicago wasn’t the biggest or the fanciest home in the elegant neighborhood, but it was one of the most admired. Over a hundred years old, it was built out of iconic red-bricks with a large turret and stunning views of Lake Michigan from the wide balconies on each of the three-stories.

Shelton Taylor purchased the house in the early eighties, more as an investment than as a place to raise a family. The savvy businessman never made a decision that wasn’t calculated to improve his portfolio. Still, he’d allowed his ex-wife and daughter to live there even after he’d left Chicago to expand his business in Singapore.

Parking her van next to the curb, Rayne Taylor climbed out and studied the impressive structure. This had been her childhood home, but she always felt like a stranger when she came here. Maybe because her parents had divorced when she was eight. Or because her mother had remarried a man who had no interest in children, and she’d been packed off to St. Cecilia’s School For Girls in Salzburg Austria by the time she was ten. Or because when she’d graduated from St. Cecilia’s she’d returned to the states to go to art school in New York City, and from there had spent the past ten years travelling around the country, painting the landscapes that captured her attention.

Her van was more a home to her than this sturdy structure.

With a shrug, Rayne climbed the steps to ring the bell. Several minutes passed and Rayne briefly wondered if her mother was still in bed. It was just past eight a.m. and the older woman never liked mornings. At last, there was the impatient click of stiletto heels on a marble floor and the door was yanked open to reveal a tall, painfully slender woman with bleached blond hair pulled into a smooth knot at the base of her neck and an oval face that was carefully coated with layers of cosmetics.

Tami Taylor Jefferson might be fifty-five years old, but she was rabidly determined to appear thirty no matter how much stretching, filling, and numbing she had to do to keep her skin smooth.

“Rayne.” The older woman’s green gaze narrowed as it roamed over Rayne’s black curls that tumbled carelessly down her back and the pale face with big, misty gray eyes that had never been touched with makeup.

“I…” Tami cleared her throat. “I wasn’t expecting you.”

Rayne held up the box that was wrapped in bright red foil. “I was passing through Chicago and I thought I would deliver my Christmas present.” She shrugged. “A couple weeks late, but better than never.”

“Oh. Thank you.” The older woman stepped back, waving her hand toward the narrow foyer. “Come in.”

Rayne stepped over the threshold and paused to set the present on a side table before removing her heavy parka and tossing it on a chair. Her mother wouldn’t bother to open the gift. And even if she did, the delicate crystal ornament that Rayne had found in a charming art shop in Mexico would be shoved into a closet. The two women couldn’t be more different.

As if to emphasize the point, Rayne glanced down at her soft, handknit sweater and faded jeans. They were a direct contrast to Tami’s designer pantsuit and silk top. A wry smile touched her lips.

“Are you hungry?” her mother asked as a middle-aged woman in a gray dress and white apron appeared from the back of the foyer.

Rayne emphatically shook her head. She never ate in front of her mother. Rayne considered herself a normal size, but Tami was obsessed with weight and over the years she’d hounded her daughter for being too ‘solid’ or too ‘stout’. Thankfully, Rayne had never paid much attention to her mother’s chiding. She’d accepted she was a disappointment to Tami by the time she’d entered pre-school to see other daughters with their mothers. They were never going to have a normal relationship.

“Tea or coffee?” Her mother continued her role as hostess.

“Not for me,” Rayne insisted. She didn’t intend to stay longer than necessary.

“That will be all for now,” Tami said to the housekeeper.

“Yes, ma’am.” The woman turned to disappear toward the back of the house.

“We’ll go into the sitting room.”

Tami didn’t wait for Rayne to agree as she headed through an arched opening into the long room that was dominated by the wall of windows that offered a view of the lake. Rayne arched her brows as she glanced around, her gaze skimming over the low white sofas and matching chairs that were arranged on a white carpet with walls painted white. Even the brick fireplace had been whitewashed. It was as if someone had come through and sucked away all the color.

Afraid is available in the following formats: